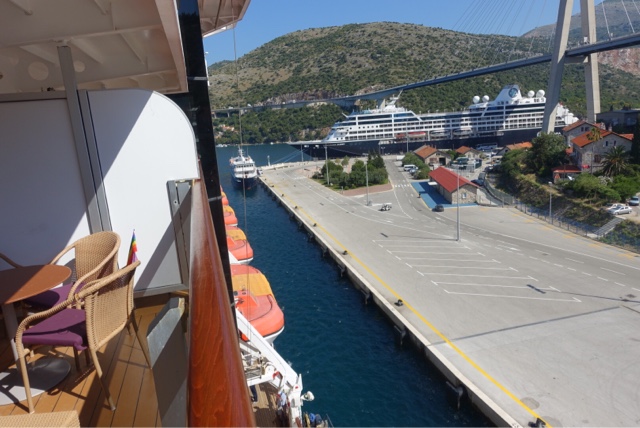 How would you like to parallel park this baby?
We are in Dubrovnik, Croatia today. The weather today was absolutely spectacular -- lots of sun and blue sky with a high temperature in the low eighties. We did not dock until 10:00 am so we had a late start. 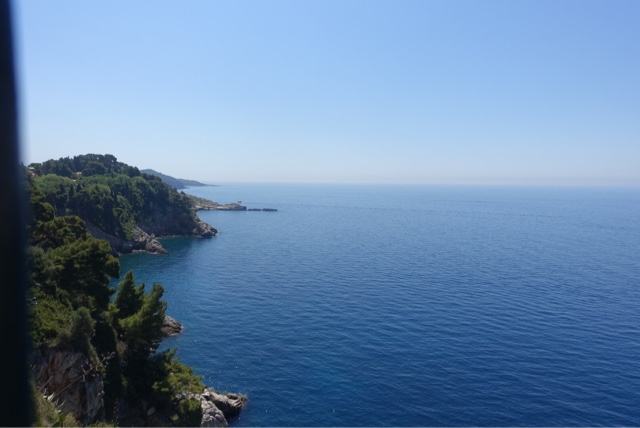 Dalmatian coast
After a long walk from the pier to the old city (two miles or thereabouts) we were quickly swallowed up by the crowd. Wanting to do the hardest bit first, we purchased tickets to "walk the walls" -- this being apparently what one does in Dubrovnik. The old city is surrounded by wide, tall stone walls that create a circular walk of approximately one and a half miles. The views from the walls are the primary attraction and they are amazing  -- the blue-green sea, reddish orange terra cotta roofs and mountains of dark green evergreens and gray exposed rock. The path that one walks is pretty narrow in places and quite steep with lots of steps and little shade. 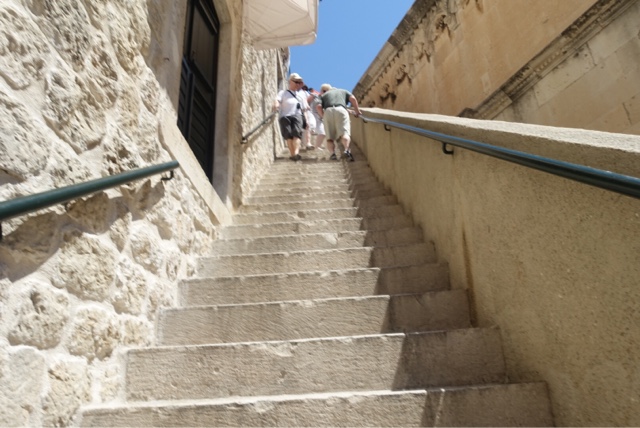 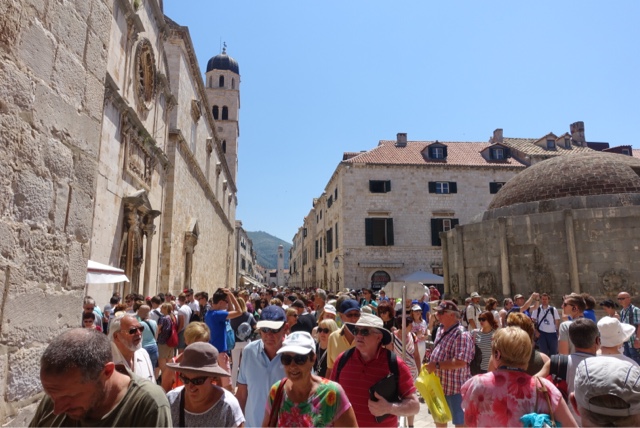 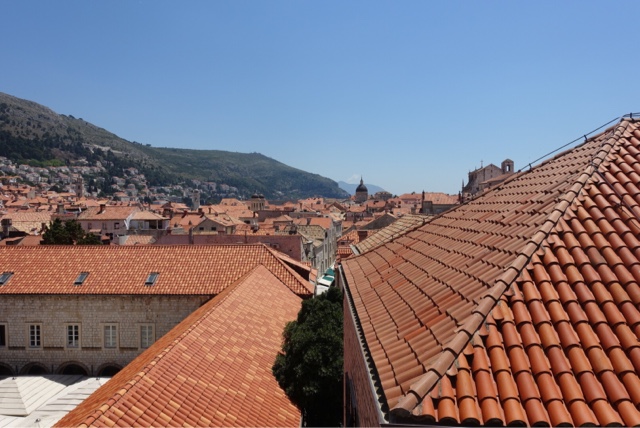 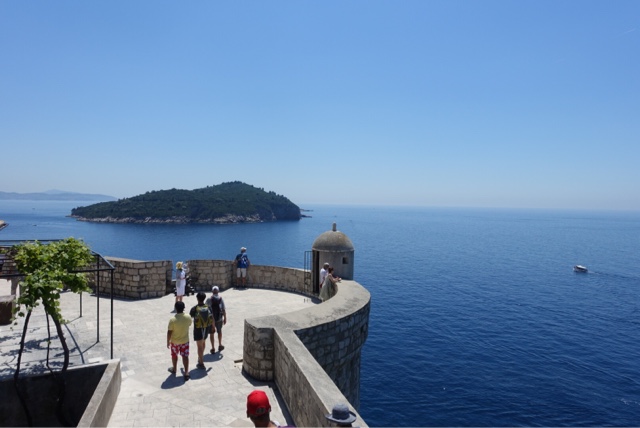 The view
So what am I not telling you? Well, sun plus miles of walking plus steep steps plus hot coffee (at breakfast) plus warm temps plus large crowds = the mother of all heat waves. But I am absolutely not going to tell you about that because I have already bored you too frequently with talk of my thermo-regulatory problem. Besides it was beautiful so who cares if I was a little (make that a lot) hot. 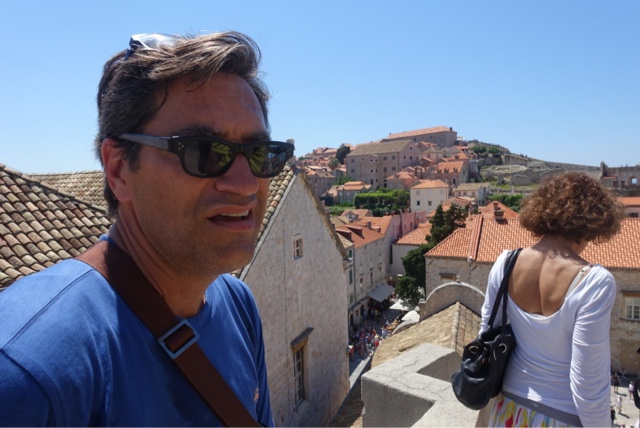 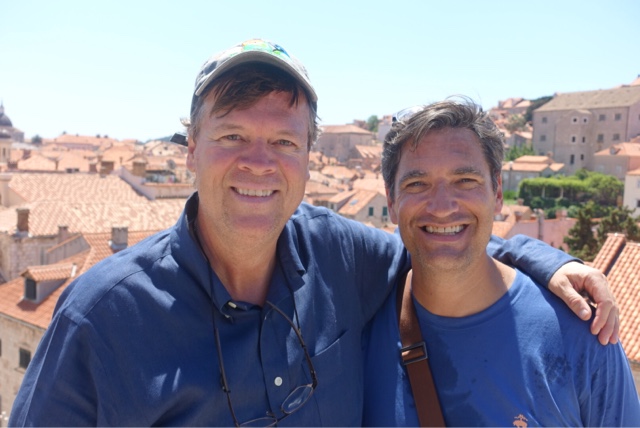 That's better!
R and I spent a good deal of time in Dubrovnik sitting under an umbrella at a cafe on the main drag through old town cooling off and watching the crowd stroll by. It's just the sort of thing that we like to do in Philadelphia so it was familiar and fun. We did stop at a couple of churches but mostly didn't make much of an effort to "see the sights", preferring instead to just "be" in Dubrovnik.
Yesterday was a different story. We were in Corfu and we did make a special effort to get to the Museum of Asian Art that KK (remember her?) said was "not to be missed". It was an interesting collection and just the right size (not too big and not too small). 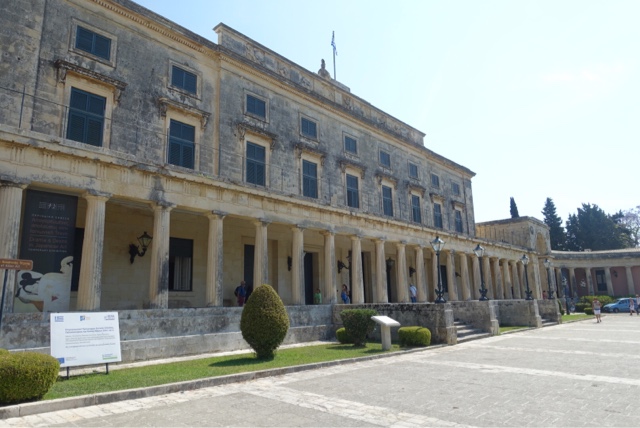 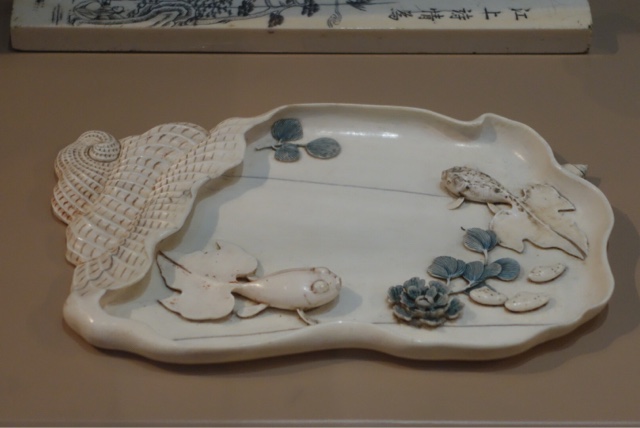 A favorite piece
Why is there a Museum of Asian Art in Corfu? Because of a single individual who was from Corfu and spent all his money collecting Asian art. He offered the collection to the government of Corfu requesting in return only that he be given a small pension for the rest of his life. The government agreed but he lived for just one more year after the agreement was made. 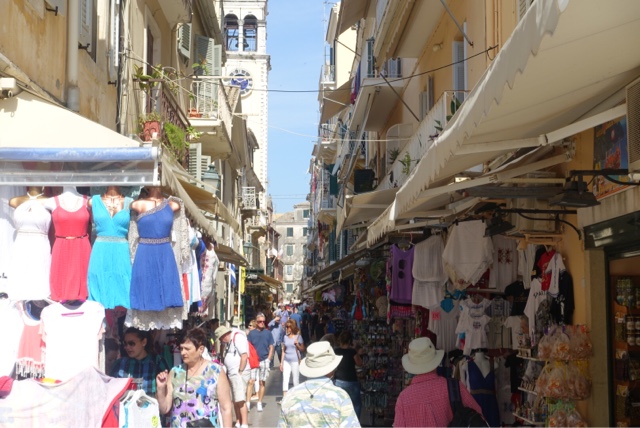 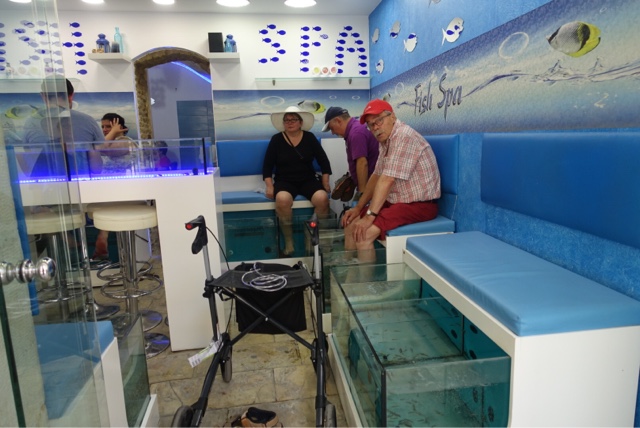 These people are soaking their feet in tanks of water with fish that "clean" your feet! For a price. No joke. 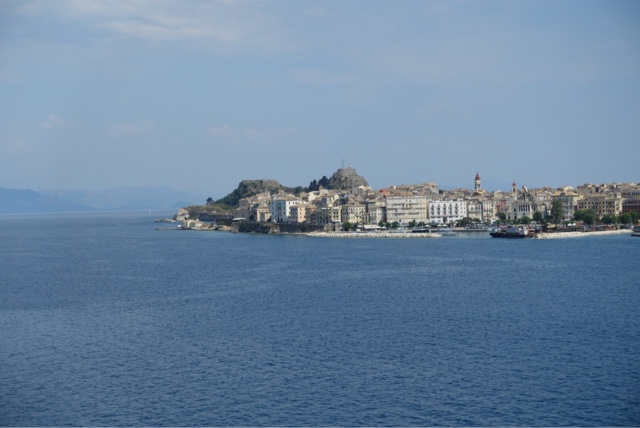 Corfu was quite picturesque from our ship when we departed.
Posted by Russell at 1:54 PM