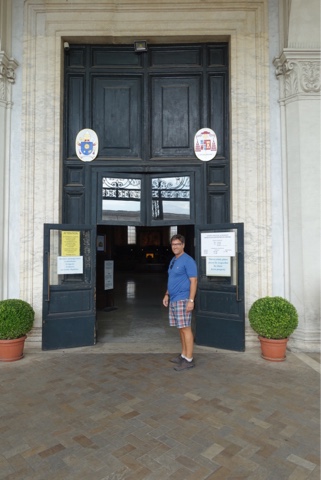 Come on in!
Well, our bags are packed and we're ready to go! That's a song, isn't it? We spent a good portion of the day packing and needlepointing. Also fretting. Actually we did do something fun this afternoon which was walk to San Pietro in Vincoli as I mentioned yesterday that I wanted to do. It wasn't far from the apartment and I am glad we did it. 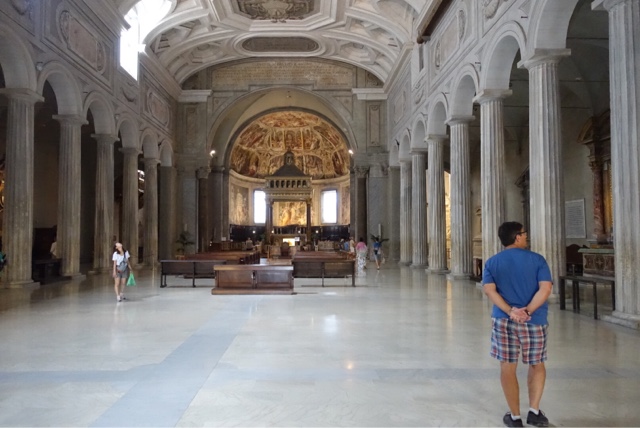 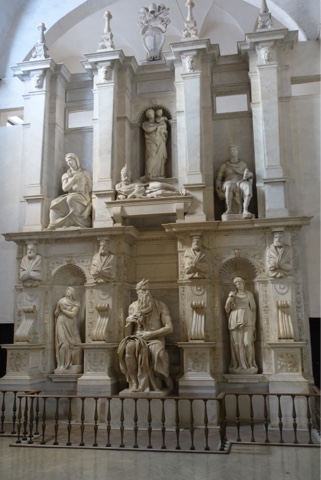 Moses is lower center. Julius II is immediately above.
The church is one of the oldest in Rome (circa 450 ad) but very little of the original structure remains. The main attraction aside from the 16th century frescoes and a 680 ad mosaic of St. Sebastian are two statues done by Michelangelo. One is of Moses and one is of a recumbent Pope Julius II. Moses is depicted, strangely, with two satyr's horns. Not sure what that is all about but it's amazing how Michelangelo's work stands out from the five other statues surrounding it in the monument. It seems more luminous (as if that's possible) and also more detailed/virtuosic. 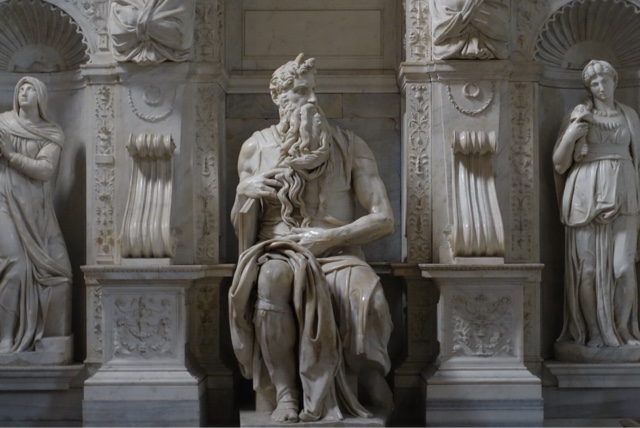 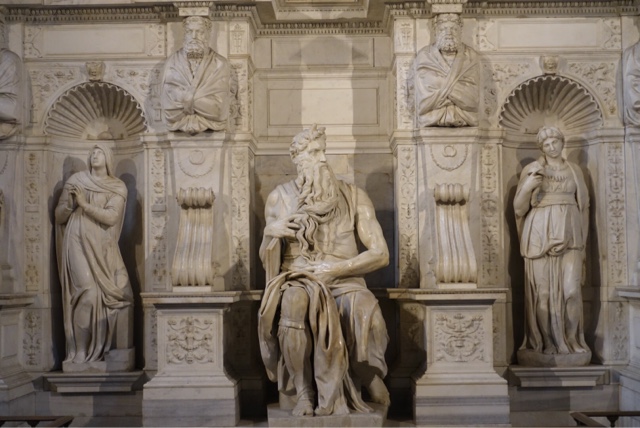 After 1€
Speaking of luminous, I'll tell you that I was so impressed by this statue that I even splurged for the lights! This is something that is done here (in churches) where they put the spotlights for artwork on a timer and you have to insert money to light it up for a minute or two. I suppose whatever it takes, right? No one else was doing it, so I decided to go ahead and once I did man you should have seen how quickly they all came toward the light! Like moths to a flame. 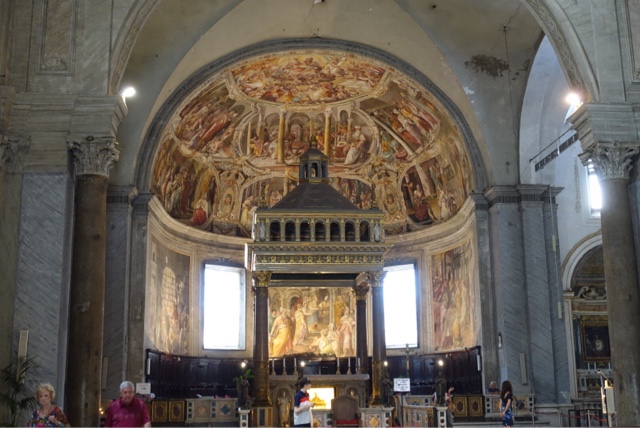 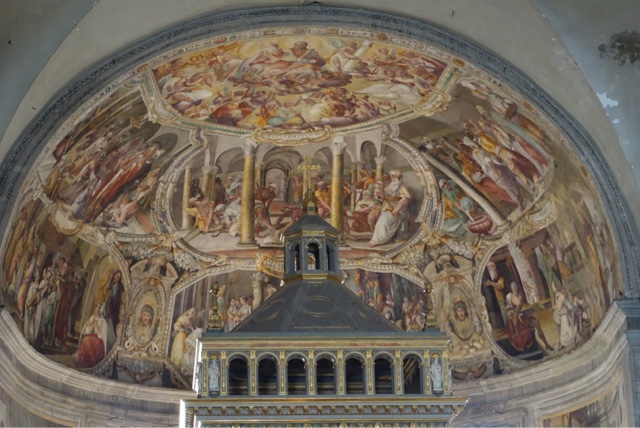 In other news, we had another mediocre meal tonight. Never thought I would long to go to Switzerland for the food but we've got to break this losing streak somehow. 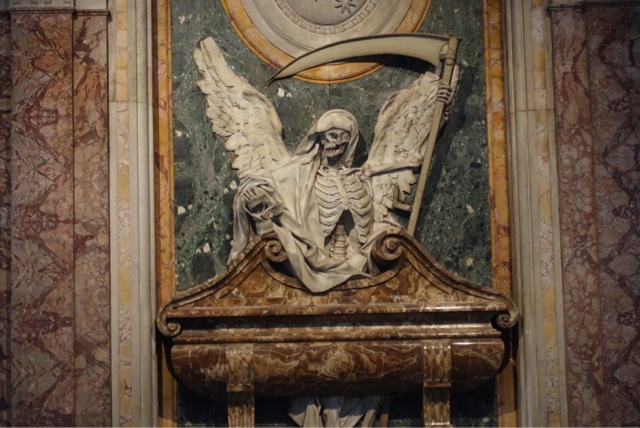 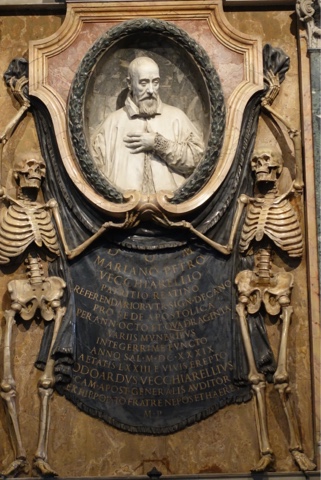 Not sure what all this is about. A little unusual.
Seriously though I am sad to be leaving Rome and I look forward to coming back. I bought a book on the Masterpieces of Rome today and I spent some time this afternoon looking through it. Plenty of places we have not seen. Yet.