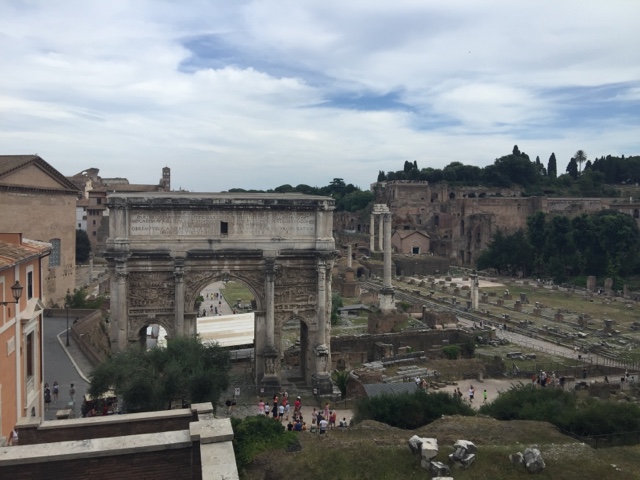 Roman Forum this afternoon
Just a quick post to let you know we are still alive and well in Rome. Its been a quiet couple of days. Lots of needlepointing and walking, some shopping and of course eating. Unfortunately we showed up for a scheduled walking tour this afternoon ("Forgotten Places and Spaces") only to discover that the reason no one was at the meeting place was because the tour was yesterday as it clearly stated on the tickets. Oh well. So we decided to walk around for awhile and hang out. Today was a holiday of some sort in Rome so there was a relaxed atmosphere and lots of people in the streets. Good people watching. Dinner on the other hand wasn't so good. Neither was our lunch come to think of it so it's been an off day food-wise. 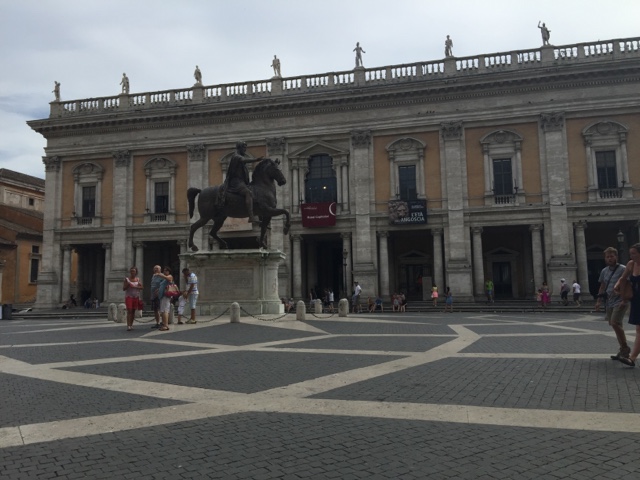 The meeting point for our walking tour 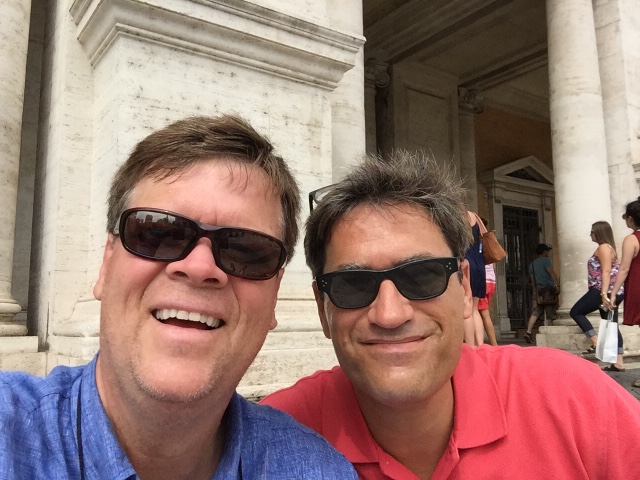 We were there but no one else was!
Speaking of which, yesterday we made a special effort to go to this cafe around the corner that has good ratings on Yelp for their Sunday brunch. We had tried to go there earlier in the week to get coffee to go. We were unsuccessful because although they serve coffee they don't serve it to go. So, here we are trying the place for a second time and we've done our research and it says online that they open on Sunday at nine thirty. So we show up at nine forty and they are obviously still getting ready to open. "Ten minutes" the girl says so we ask if we can sit and wait. "No" she says. Excuse me? "No" she repeats while escorting us to the door which she then promptly closes in our face. Unbelievable. But not altogether surprising at the same time. We went across the street to the grocery store and bought some supplies for breakfast in the apartment. So much for Sunday brunch out. 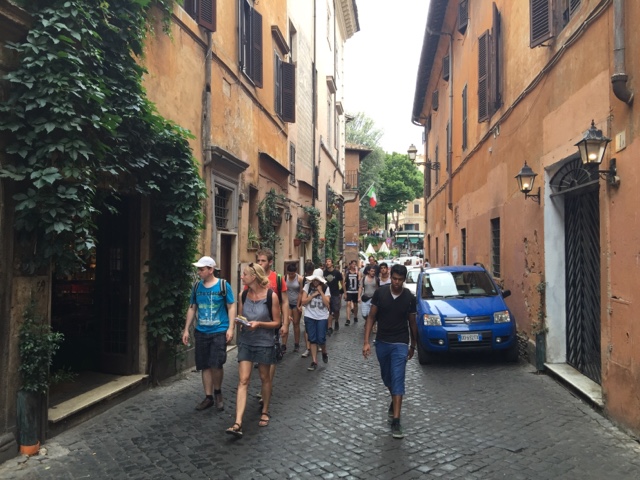 Lots of people out and about today 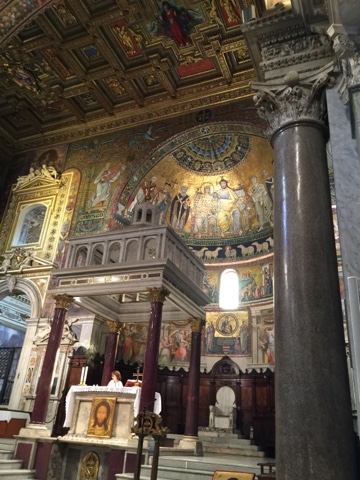 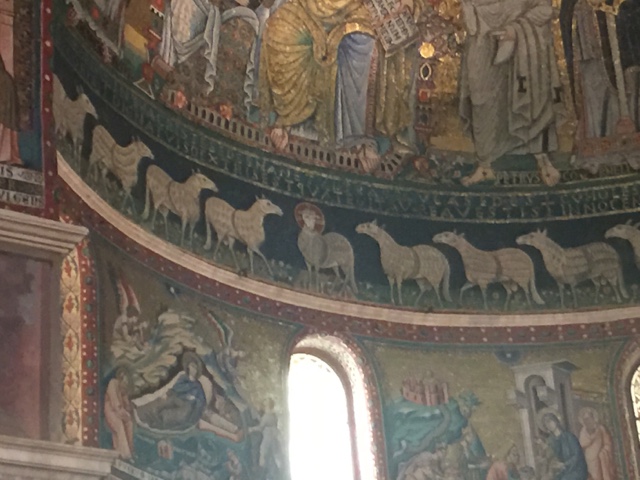 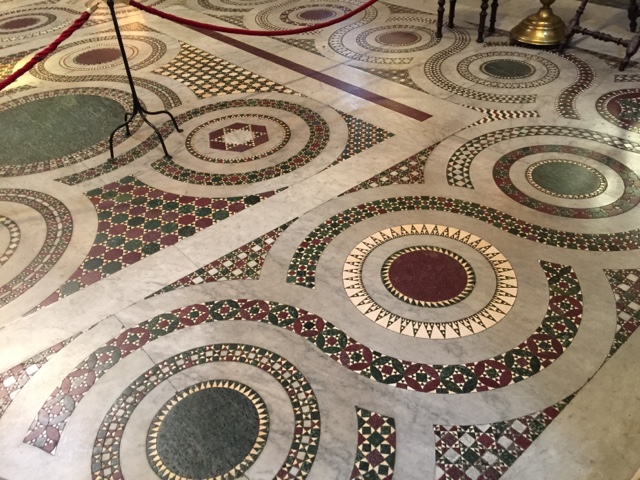 Later in the day, we had another experience where we went to this place where we've gotten good connolies before. We had checked once again online whether they were open on Sunday or not. It said they were, so we went out of our way to go to this place and sure enough -- you guessed it -- they were closed. Rrrrg. Don't get between me and my sweets. I asked Russell how people can live with stuff like this happening with regularity and it occurred to me that when in Rome you always need to have a Plan B. If this restaurant is not open, then we will go to that restaurant. If the buses aren't running, then we will take a cab. If the store isn't open, then we will grab a drink and chill out. Believe me it helps to have a Plan B. 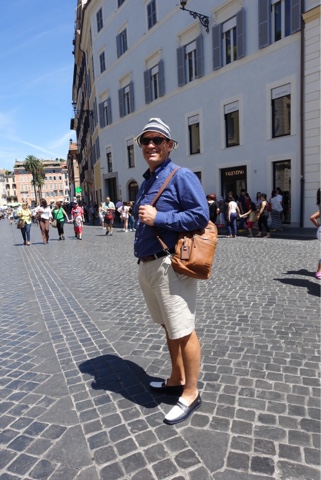 Shopping by the Spanish Steps on Saturday 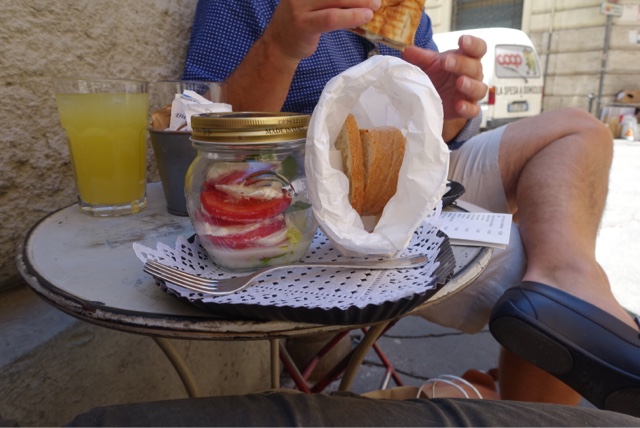 Interesting presentation for Russell's Caprese salad at lunch on Saturday
Speaking of plans tomorrow is our last day here so we will spend most of our time packing. I am hoping we will be able to get one more decent meal and a visit to Michelangelo's statue of Moses at San Pietro in Vincoli which is located near here. 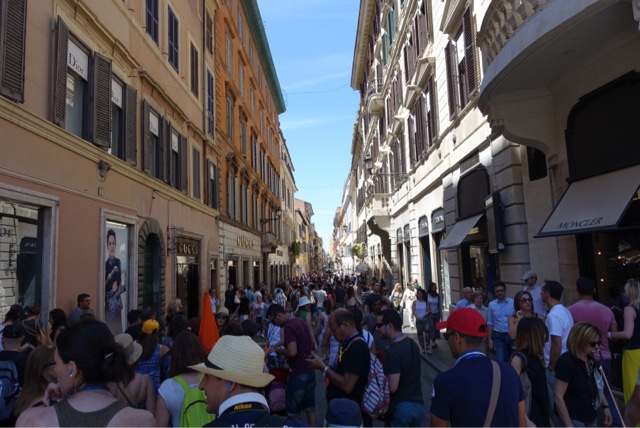 Shoppers out in force on Saturday
Posted by Russell at 2:29 PM