What a lovely place Kotor, Montenegro is and what a terrific day we had today! The captain was able to "park" our ship right next to the Old Town so all we had to do was cross the street and go through the main gate to get there. Another ship was forced to park further out and had to tender its passengers ashore. It was a lucky break for us. 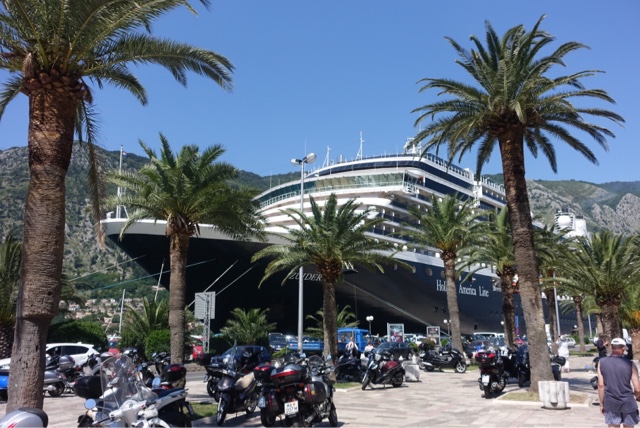 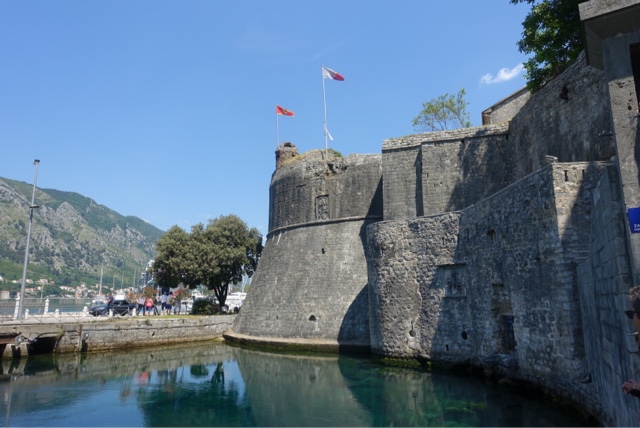 And what were we greeted with once we crossed the street and entered the Old City? Cobbled squares and winding streets not much wider than a decent sized hallway. Buildings of stone, two to four stories tall. And of course the inescapable crowd. I said to Russell that if a place wasn't crowded before our boat arrived, it would be once we got there. 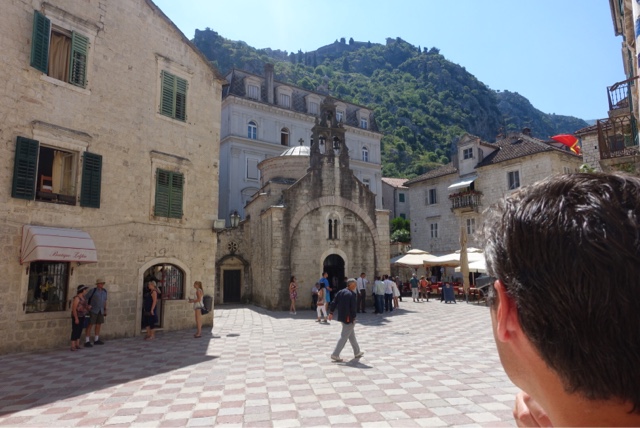 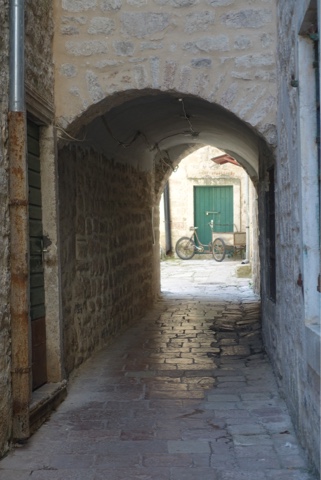 Kotor is nestled against a steep mountain that you could climb if you wanted via a set of oddly spaced and slippery stairs for what was probably a magnificent view at the top but I wouldn't know having chosen not to risk the journey. 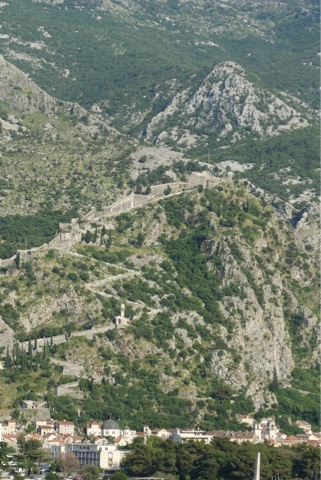 Here's the walk that we didn't do
R and I just walked here and there, stopping in stores (or not), snapping photographs and enjoying the fine weather. Russell was more impressed with Kotor than with Dubrovnik. I don't know if I was more impressed but certainly I liked it better than Dubrovnik. Far fewer people and less of a Disneyland feel to the place. The Old Town of Kotor still had a community feel to it with stores on the first floor of mostly residential buildings, laundry hanging across alleyways and obviously working churches not showpieces. 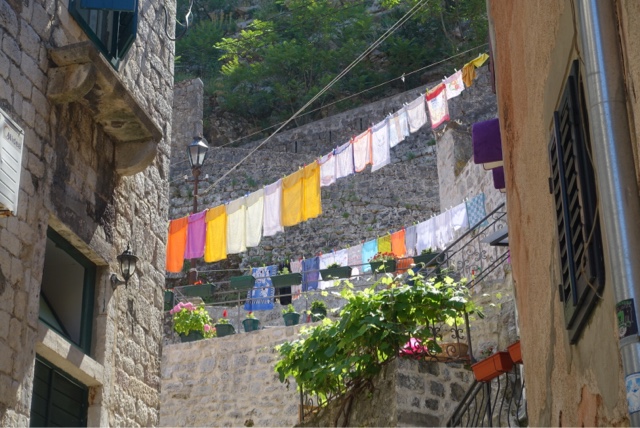 Lunch was "Ham on a string" (actually a wire). Interesting presentation. Somehow I don't think the Health Department in Philadelphia would approve. The area is known for its smoked meats and cheeses. 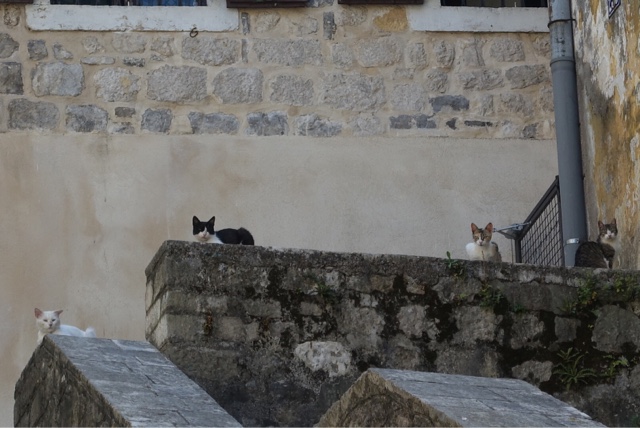 The cats of Kotor. There are a couple cat stores and lots of cat-related souvenirs but if the "cats of Kotor" are not controlled soon they could have a real problem on their hands.
We were back at the boat in time for a swim, some exercise and a massage. Before dinner we rested on our patio and enjoyed the spectacular scenery as the ship departed from Europe's most southerly fjord and returned to the Adriatic. 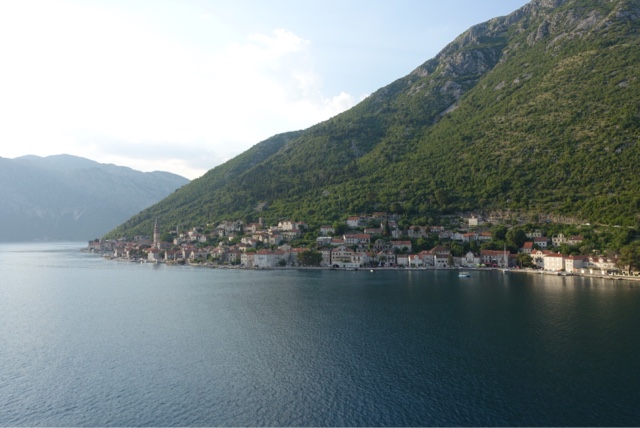 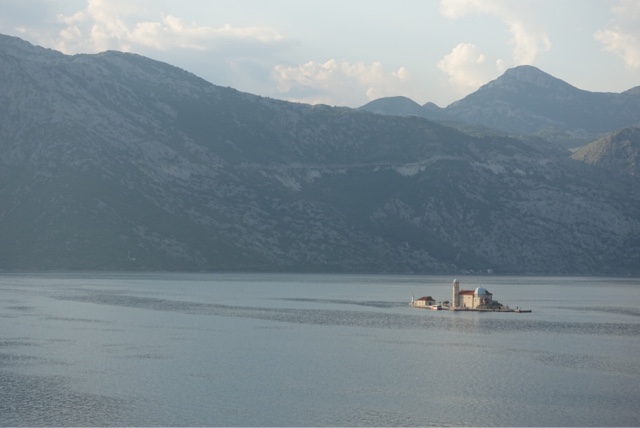 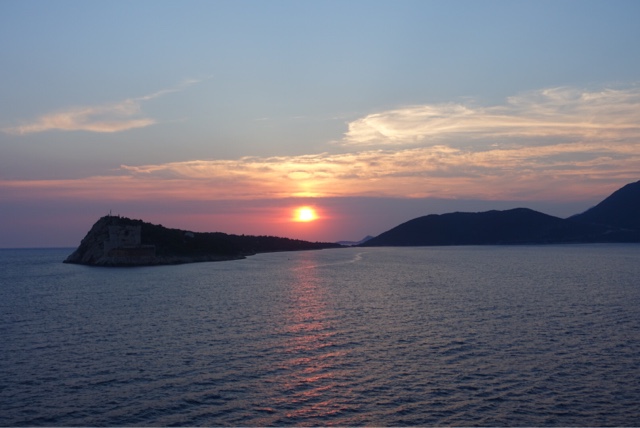