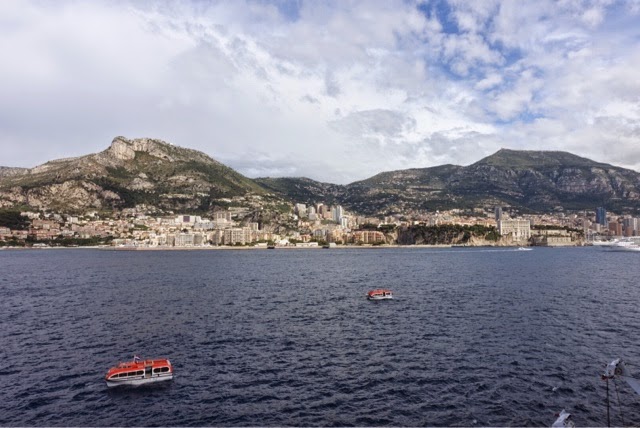 Monaco as seen from our cabin's balcony
Woke up this morning to cool (upper 50's), windy conditions. In short, perfect weather for ... a ... SUMMER SCARF! Fortunately, I had several from which to choose. 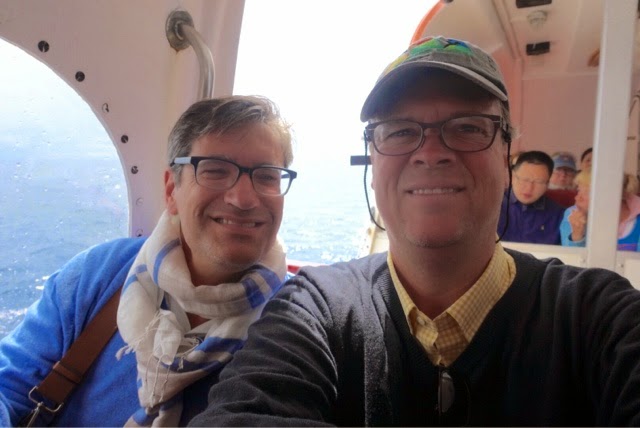 Set out in late morning for streets of Monaco. Had to tender in because of Formula One race which is being held this weekend I believe. The time trials were today and man oh man are those cars loud. Holy cow, we heard them from blocks away and up close the sound was positively deafening (it made the coffee in my Starbucks cup vibrate!). 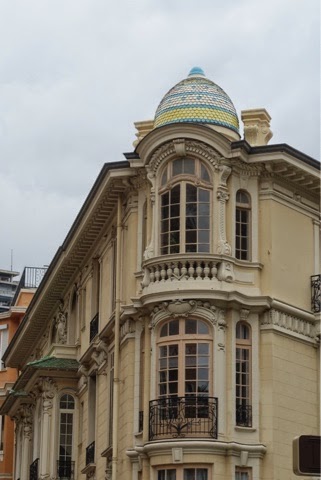 A nice "South of France"-y looking building
Of course, we couldn't actually see any of the race cars because: a.) they were moving so fast they are just a blur and b) the only place we were able to see even a glimpse of them was in a little crack between two panels of a huge and very solid fence. Rudely, "they" have put up high, not-able-to-see-through fences every place (and I do mean every place) where anyone might conceivably have a view of the "track" without having paid for it. Mind you, the "track" in this case happens to be the streets of Monaco so I am not sure how appropriate it is for "they" -- the organizers of this private, for profit event -- to be blocking the view of public streets but as I am not an expert in the finer points of Monaco jurisprudence I thought I wouldn't make a fuss. (Sorry I have no photographs of the barriers as it did not occur to me to photograph them) 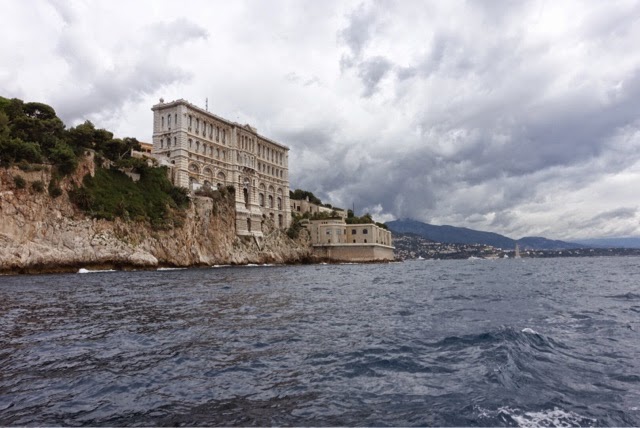 Oceanographic Institute
Russell was a little disappointed with Monaco but for me it was pretty much what I expected (that is, not much). Of course it's not really fair for us to judge because race week is not a normal, every day week for Monaco. 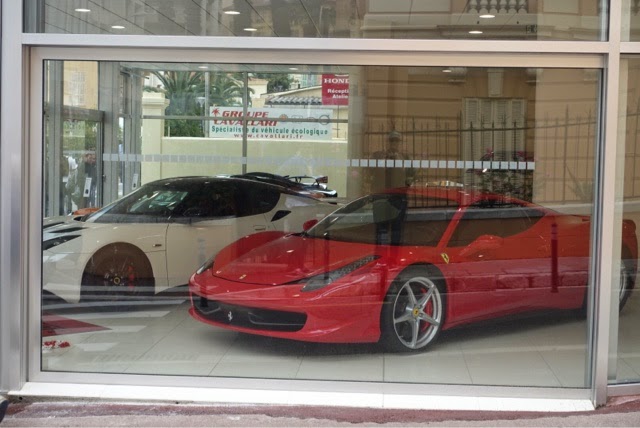 What it's all about in Monaco
Still in all, I didn't find much that I would need to come back for. The stores were so-so. The cathedral was attractive but not terribly old. We did not go into the palace itself but we did watch a mediocre changing of the guard that is as changing of the guards go (in other words it was not terribly impressive or well executed). There were some nice gardens along the Mediterranean coast and in general Monaco was both clean and prosperous appearing. It certainly felt safe enough as there were lots of policemen standing around doing nothing. They even had a police escort for a postal truck (undoubtedly filled with Royal Mail -- haha). 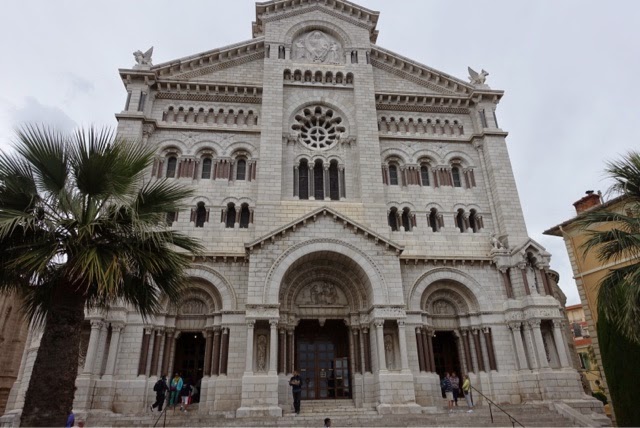 Cathedral where Princess Grace and Prince Rainier were married 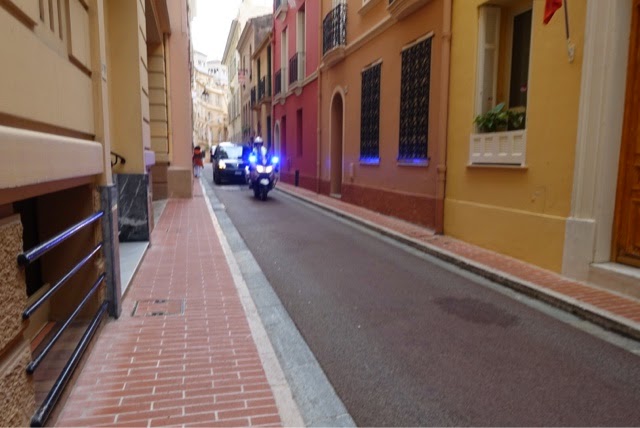 Police escort for postal vehicle
I suspect that if the weather had been better our assessment of the pricipality would have been different. Unfortunately the bad weather is expected to continue for another couple of days. I hope the forecasters are wrong. It certainly doesn't feel like how I imagined spring in the Mediterranean would feel. But I learned a long time ago that just because you are on vacation does not mean that the weather's going to be good. 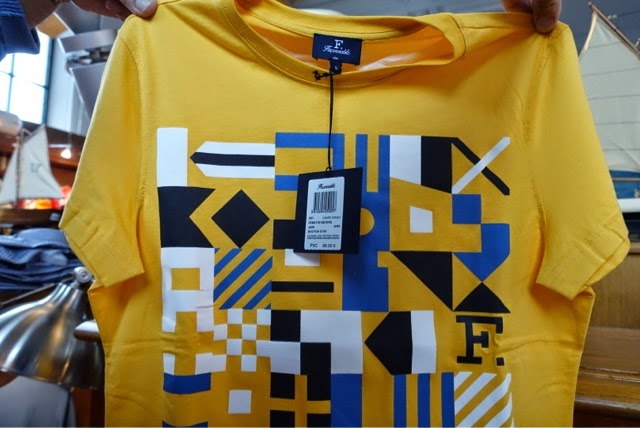