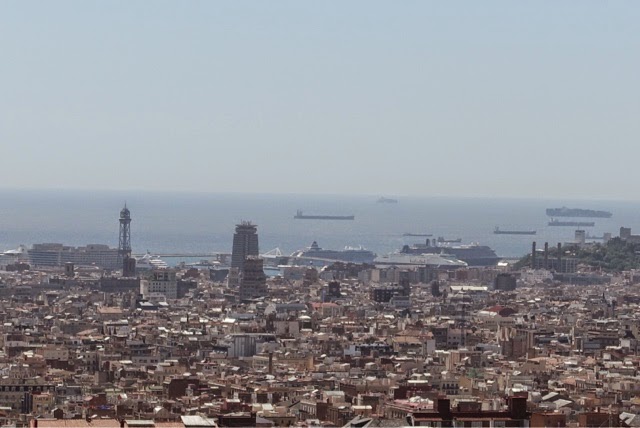 Our ship is the one to the right -- kind of hard to see but it has a dark blue bottom
Today we visited Antoni Gaudi's Park Guell (pronounced Gway -- don't ask me).  Park Guell was started as an upscale planned community well outside the city. Gaudi was hired to design the public spaces for the housing development. The public response to the project was disappointing and eventually it was abandoned and the land was bought by the City of Barcelona and turned into a public park. 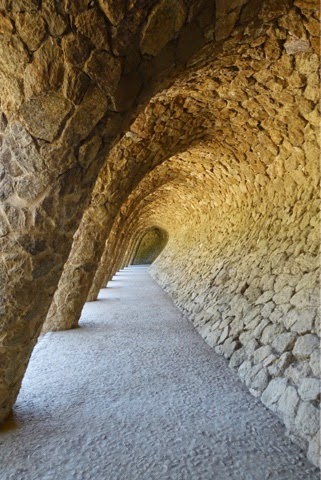 The park is now located well inside the city. The main focus of Gaudi's attention was an area now referred to as the "Monumental Zone". Access to this area is by timed admission only. It's definitely the first time I've ever bought a ticket for a timed admission to a public park. 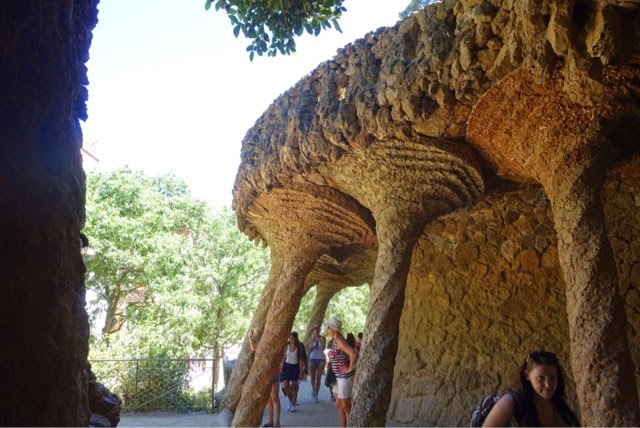 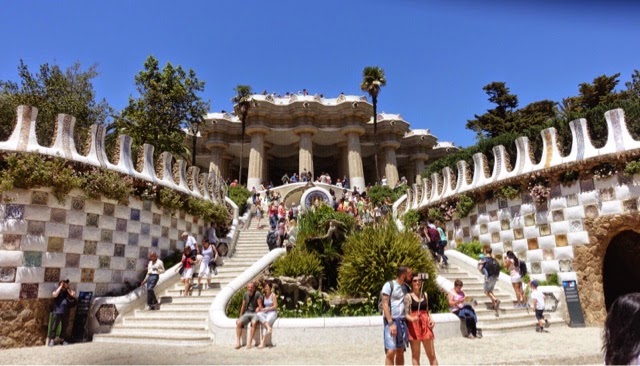 Entrance to "Monumental Zone"
As you may have already guessed given the access procedure, the park was crowded -- to my surprise (I always think that I am the only clever one to uncover these "off the beaten path" locations and then when I get there and there are other people -- I am surprised. I don't know why I should be. I mean I found the place, why wouldn't other people find it too?). 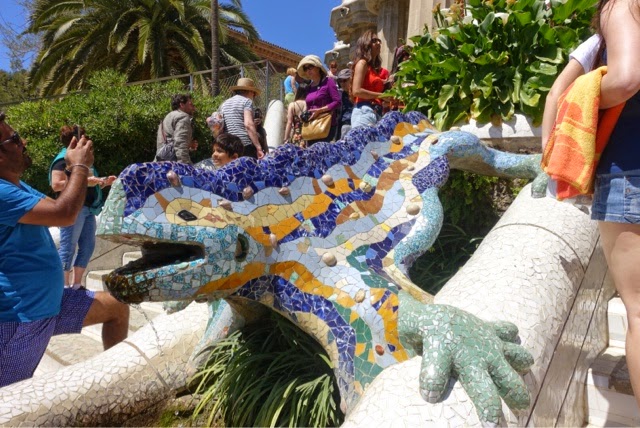 Quite possibly most famous/well photographed mosaic lizard ever!
I enjoyed the park despite the scads of Asian visitors trying to take "selfies" (with or without "selfie sticks"). I am not sure that I needed to go badly enough to spend over forty euros (out and back) on a taxi plus seven euros each on admission plus -- the coup-de-grace -- three euros for a Diet Coke (truly a major rip-off but thankfully it was a 12 ounce can and not a teeny weenie 6 oz bottle -- never mind hoping for a 16 oz bottle -- I gave up on that two countries ago!) 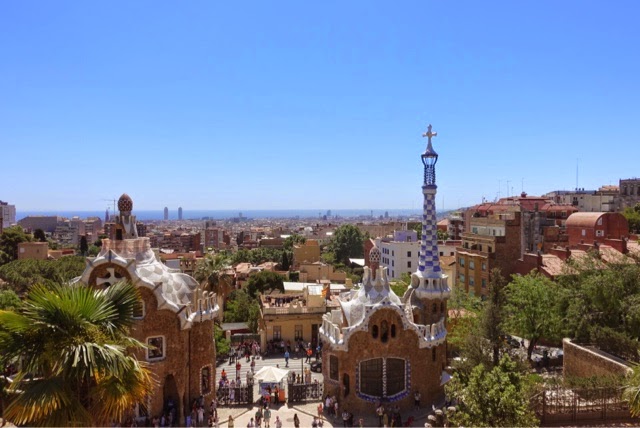 Looking down on entrance to the Monumental Zone.
In the afternoon we returned to the boat and did some needlepoint, exercised, and enjoyed the spa pool and steam room. Rough life, huh? Actually, it was just what the doctor ordered and probably there will be more of the same tomorrow. 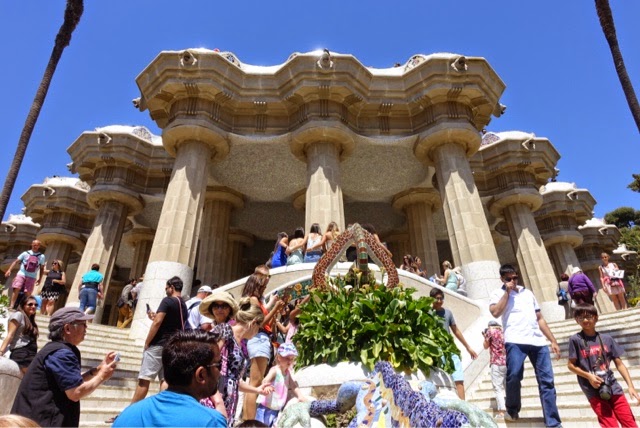 The lizard's backdrop
We are due to leave port shortly (it's ten thirty p.m. as I write to you) and being in Barcelona was different today. I've already moved on in my brain. It was like being with that friend who has announced they are moving away in a month or working with someone who is going to leave for a new job in a couple of weeks. You don't want to invest any  more energy into the relationship and you've already started pulling back emotionally (I guess to minimize the pain of separation). Strange to think of doing that with a city but that is the way it felt to me today. I've pulled back and am ready to move on. 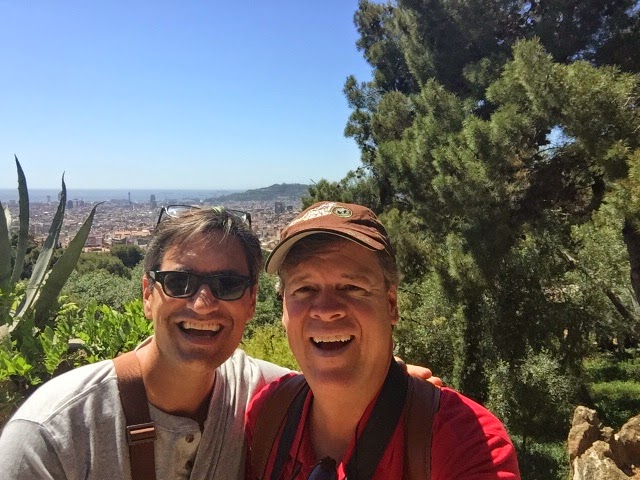