Malaga, Spain
A big city -- 600,000 residents -- with perfect (lots of sun and little rain) seventy five degree weather. Plus beaches. Spain's Southern California? Only problem with that comparison is that Malaga is two thousand years old. A two thousand year old beach community?! We must be in Spain.
Another bus tour, botanical garden and walking tour combo. The botanical garden was founded by woman who went on two year honeymoon and then had eleven children. All the girls were given names that incorporated "Immaculate" owing to her devotion to the "Immaculate Conception". She also collected Roman ruins -- go figure. 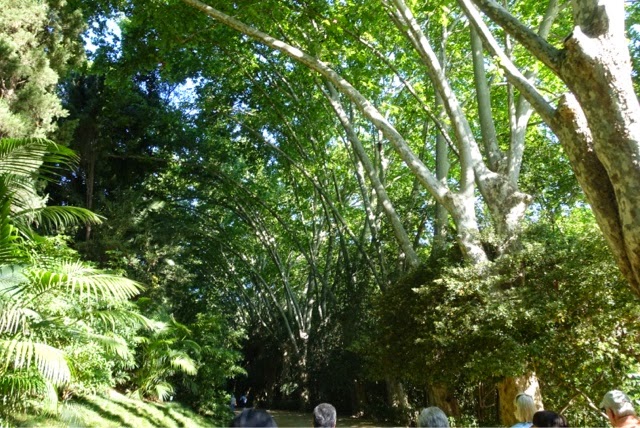 An allee at "Conception" Botanical Garden. 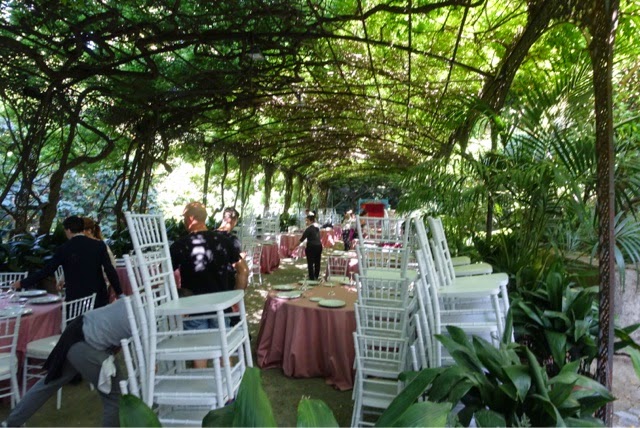 Preparations for a First Communion party! Can you imagine? A catered affair for one hundred plus Punch-and-Judy type puppet show for the kids! Distressing to find that American, reality show type excess has made it across the pond. 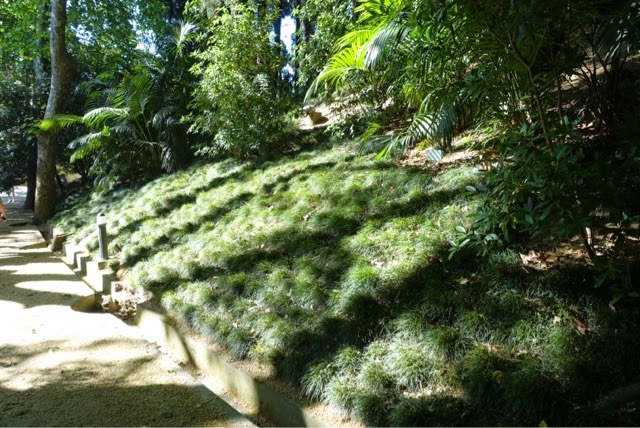 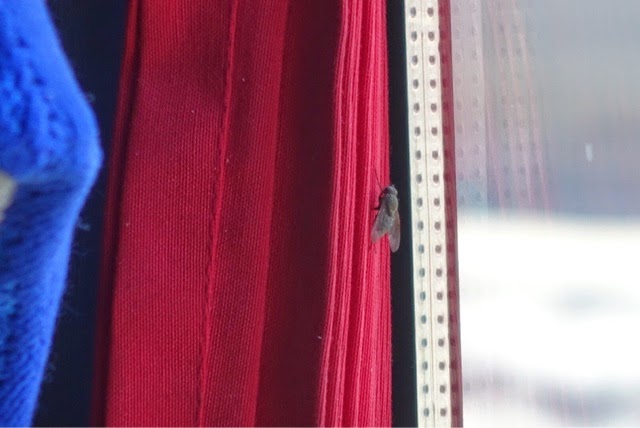 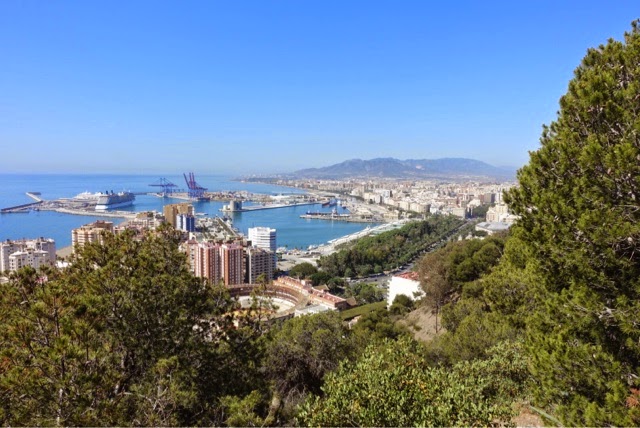 Note: bull ring in foreground and our ship in distance at left 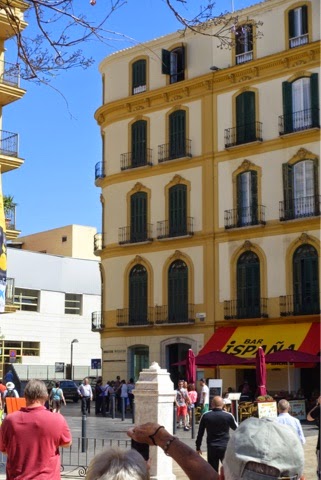 Pablo Picasso's birthplace
They are turning Picasso into an industry here. His birthplace and the accompanying museum have added a cultural reason to visit this traditionally beach and retirement community. 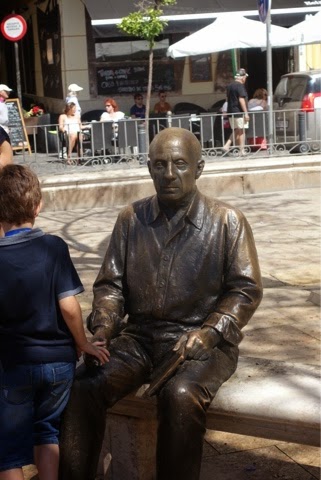 The artist (he was smaller than the statue) 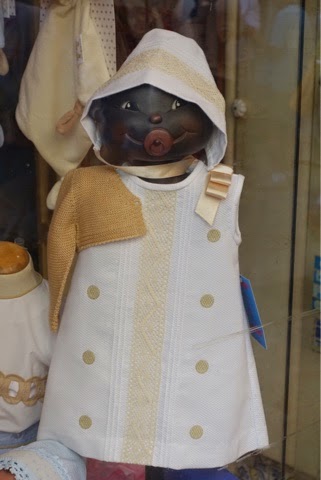 Not sure what this is all about! In children's store window. 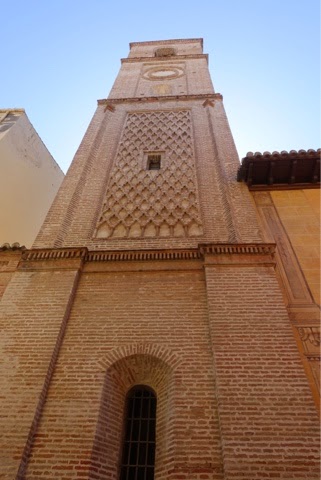 Notice Moorish influence in decorative pattern work on this Church tower. The Moors were in this part of Spain for 800 years. 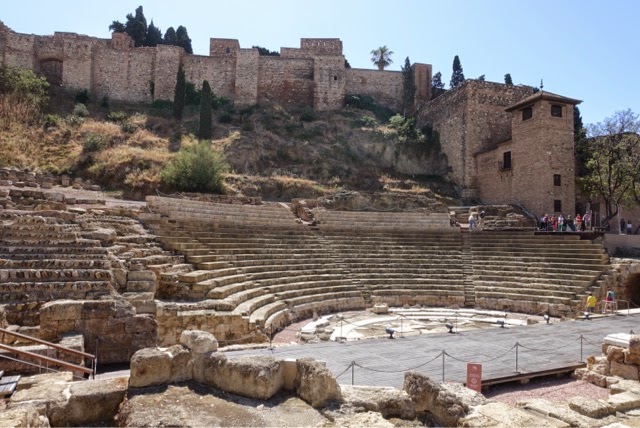 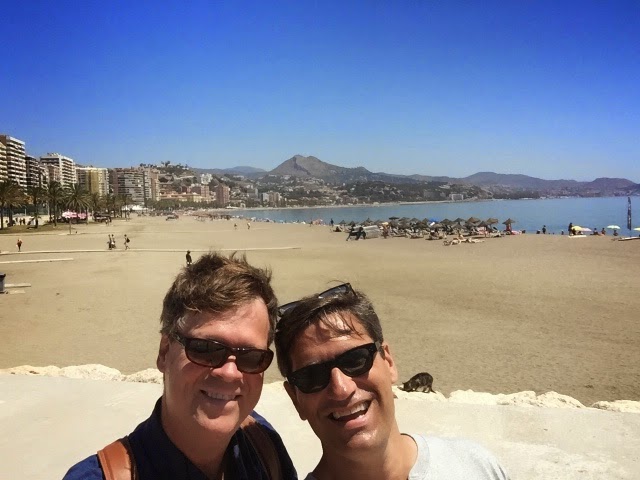 Your intrepid reporter with trusty sidekick!
Posted by Russell at 4:13 AM