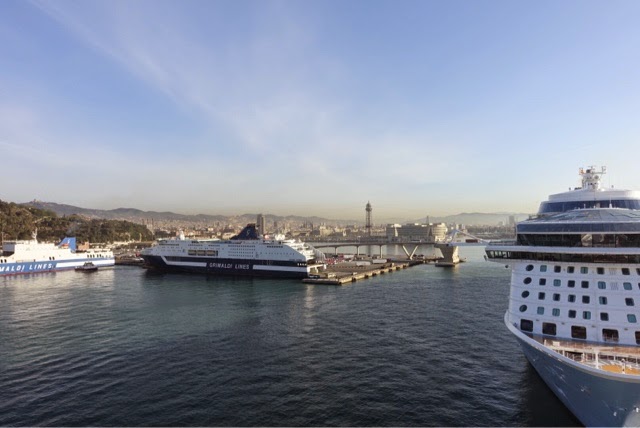 Up early and off the boat by eight thirty (they don't waste any time getting rid of you!) 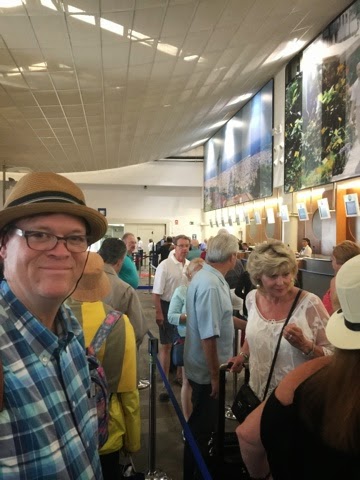 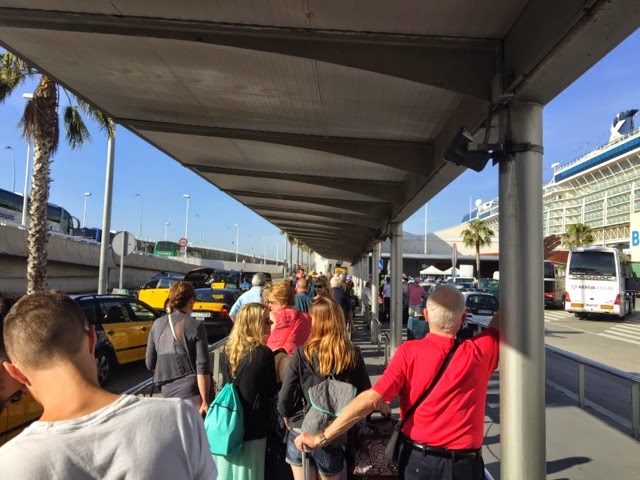 Unfortunately, there were long lines at immigration and the taxi stand. We did however meet a nice gay couple while waiting in line for a taxi -- Justin and Jason from Los Angeles.
Staff at hotel couldn't have been nicer or more accommodating. Of course we could not check into our room yet (too early) so we grabbed a couple of things and headed out on the streets of Barcelona. It was overwhelming so we retreated to an easy activity: getting on the double decker tour bus for a two hour ride around the city. The city bus tour is a great way to get your bearings. It is not however a great way to get photographs! 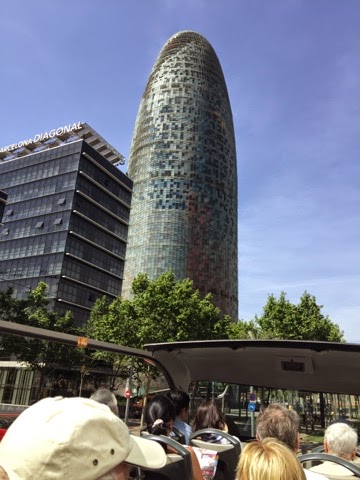 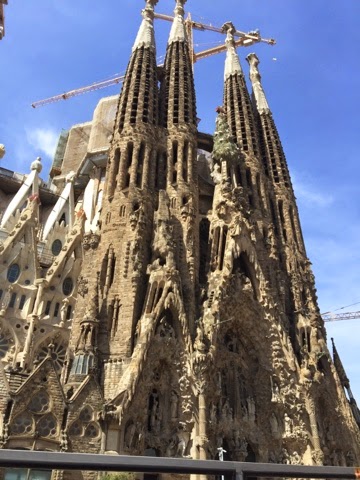 But we bumped into Justin and Jason again and figured it must be some kind of sign so we made plans to have dinner together. 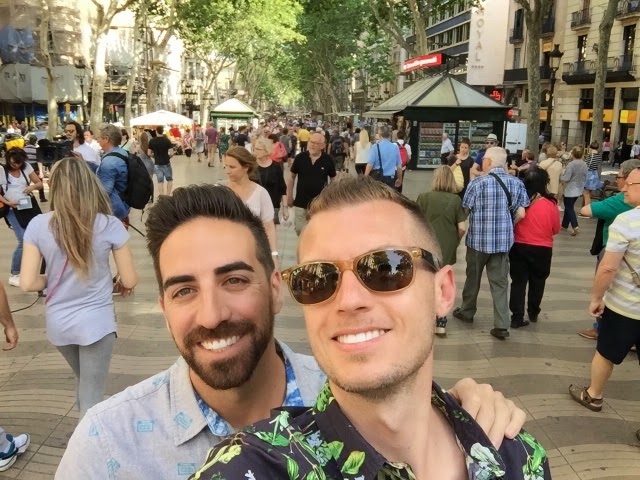 In the afternoon we went on a tour of the Palace of Catalon Music. This auditorium is an example of modernism done by a contemporary of Gaudi and it is quite spectacular. 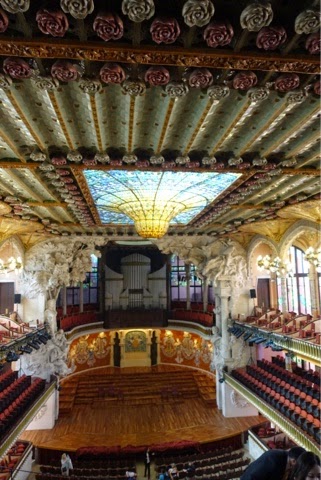 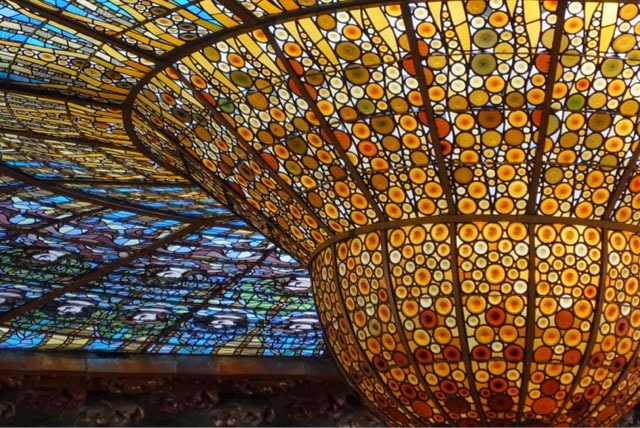 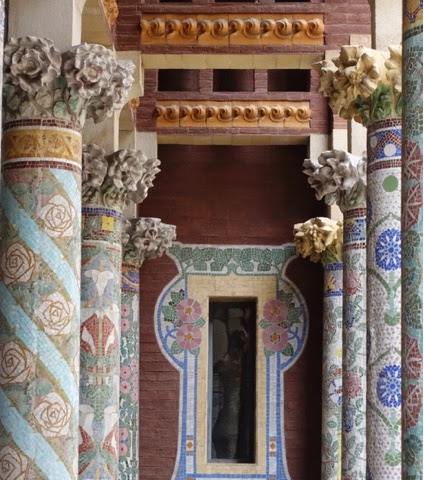 Dinner tonight was vegetarian tapas with the aforementioned Justin and Jason. 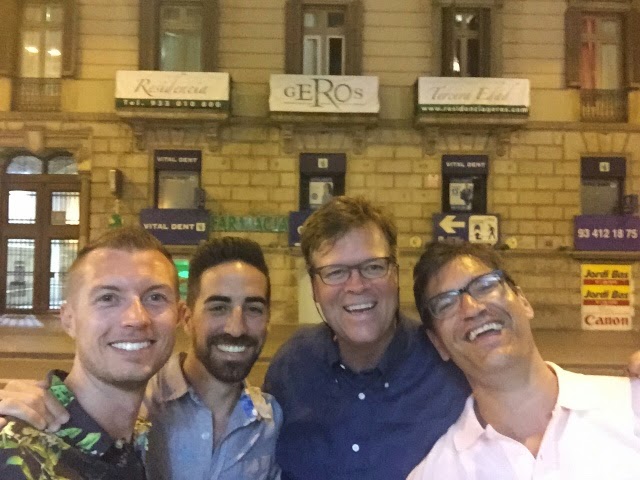