A great day yesterday. We visited two castles outside Prague. The first one was called Konopiste and the second, Karlstejn. 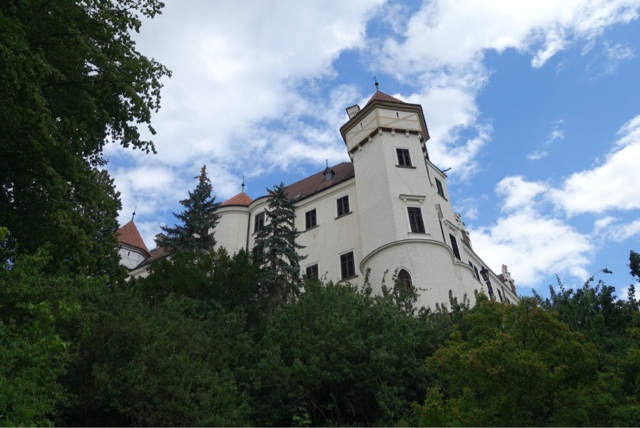 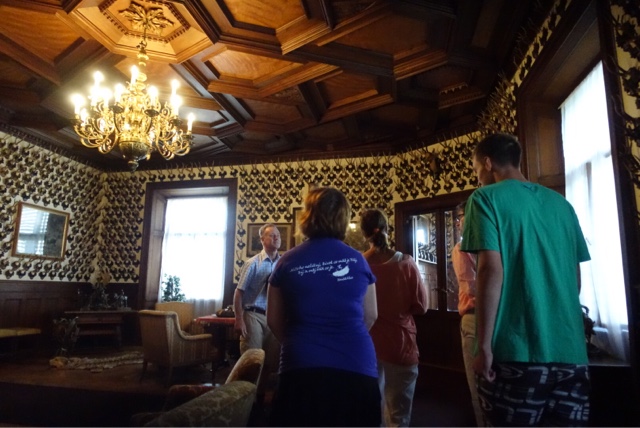 All four walls in this room were covered with mounted antlers!
The morning got off to a somewhat harried start as we did not schedule enough time to get from the apartment to Konopiste especially since we encountered traffic and then a long line at the ticket office. Fortunately, we had reservations on an English language tour that had already begun but had started late and thus we were able to join it in progress. 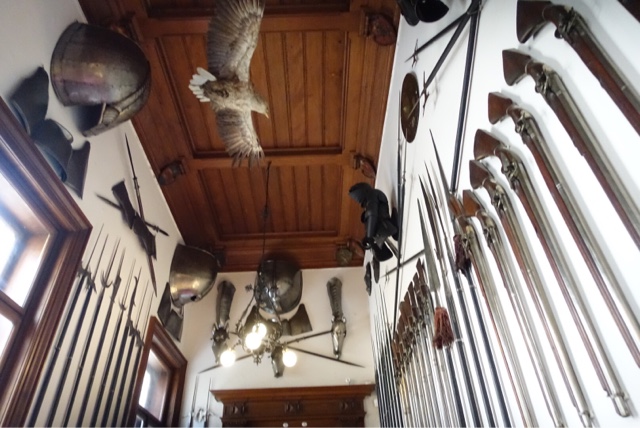 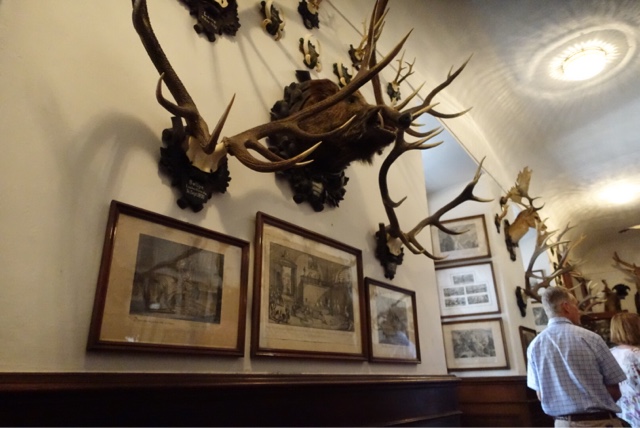 Konopiste was a hunting lodge for Archduke Franz Ferdinand of Austria whose assassination provided the spark that ignited World War I. What I had not realized was that the Archduke's wife was also killed with him on that fateful day thus leaving their three children parent-less. It's a sad story that was well-told by our young but enthusiastic tour guide.
The house looks as if the owners just stepped out and will be back at any moment. The docent said that the furnishings were reassembled based on photographs that had been taken. If so they did a mighty good job.
My sympathy for Franz Ferdinand was certainly tempered by his passion for hunting (and then mounting) more animals than I or I suspect anyone else could count. Whole walls and entire hallways were covered with antlers and then of course there were the obligatory hides and skins splayed about here and there. I am telling you this guy was a one man killing machine. 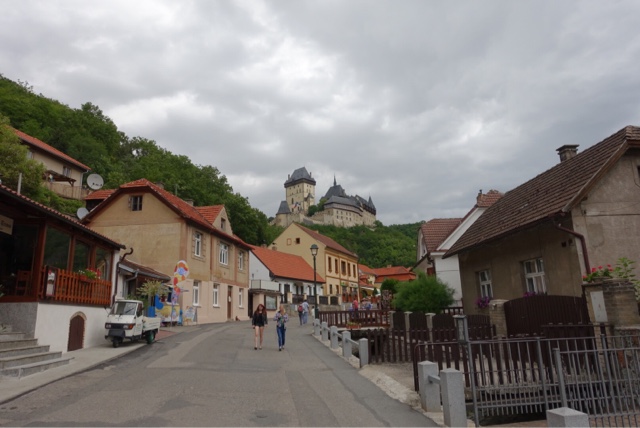 Town with castle in background 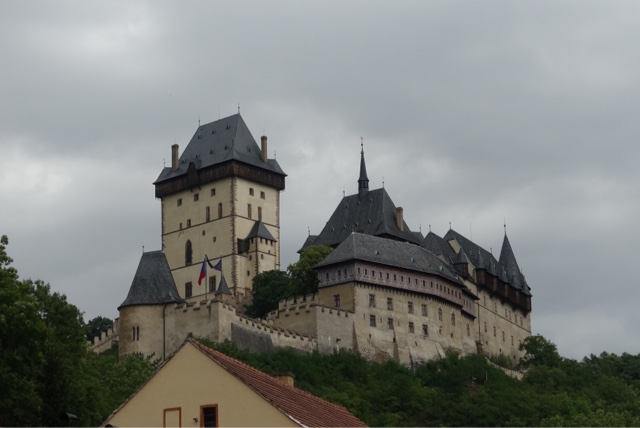 A very castle-y castle
Nothing of the kind was in evidence at Karlstejn, the second castle we visited. This castle was certainly very castle-y looking. Like something out of Walt Disney's imagination. It was located at the top of a quite steep hill, with a town and shops down below. Again at this castle we had reservations for a tour. According to Rick Steves the only worthwhile portion of the castle is the Chapel of the Holy Cross so we were signed up for the tour that included it. According to Steves, the castle's other rooms haven't much furniture (I can't say since we did not see them). 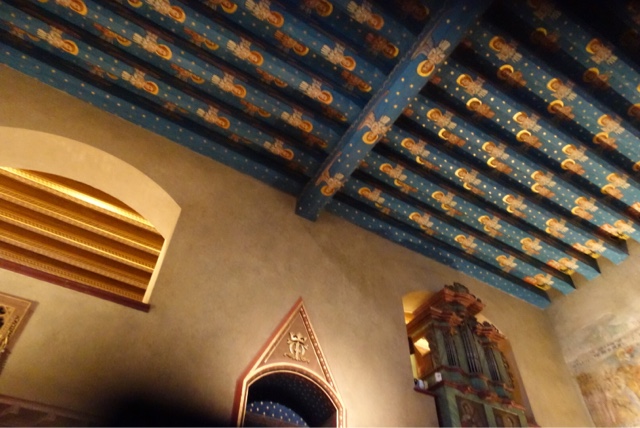 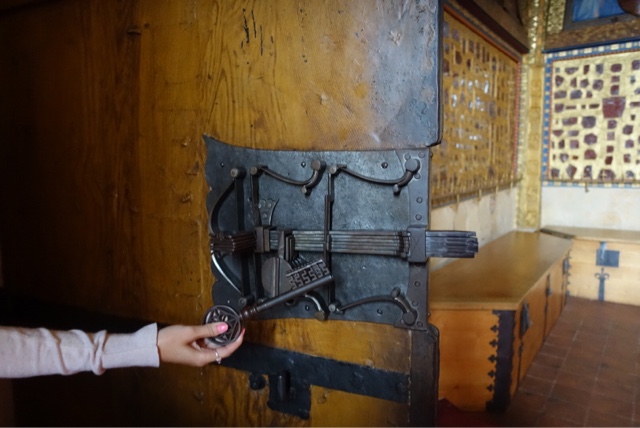 Door latch, Chapel of the Holy Cross
But what we saw -- namely the Marian Chapel and the Chapel of the Holy Cross were both impressive, especially the later. Unfortunately, no photos were allowed. However, Russell did take some pictures and although I am loathe to use them since I asked him rather harshly to stop taking them (and after I did so he stopped which I very much appreciated) it doesn't make much sense to me not to share them with you if we in fact have them. So, now you know why some of the photos are at crazy angles as he was trying to be discreet! 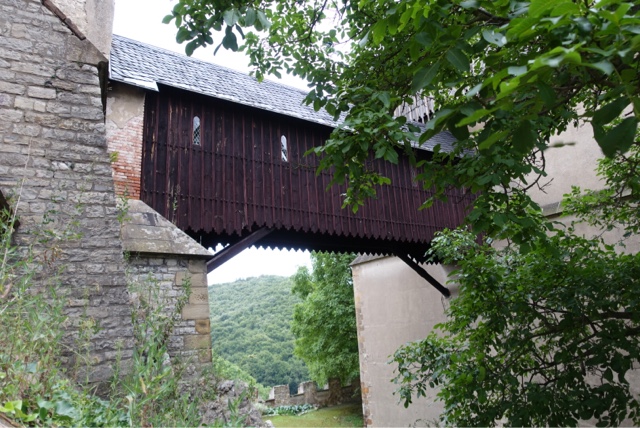 Bridge from one section of castle to another 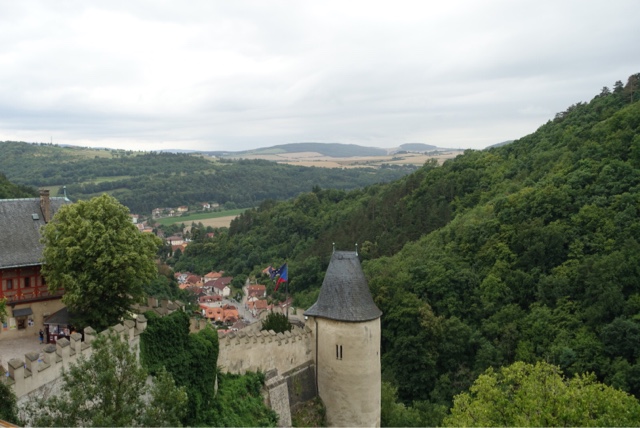 View from castle of town and further afield
Today, we took the day off so we slept in, did lots of needlepoint, walked to an excellent lunch of pizza, took a nap, ate dinner in and watched some TV on the computer. We did not tour today partly because we have a long day planned tomorrow. 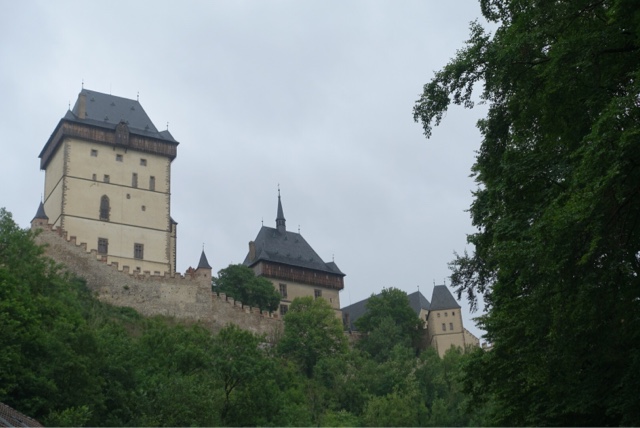 Special Apartment Feature of the Day 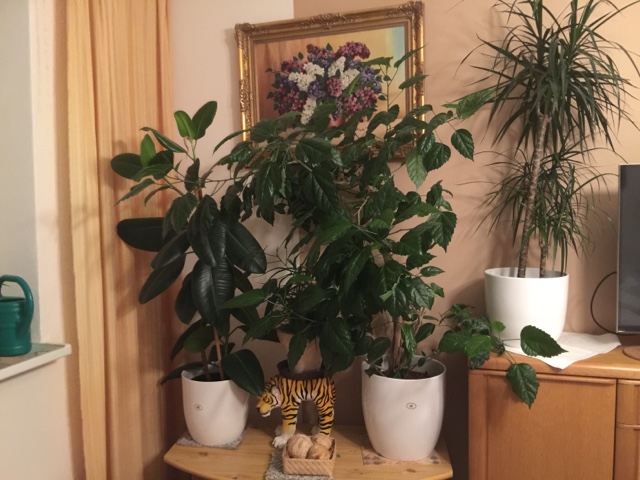