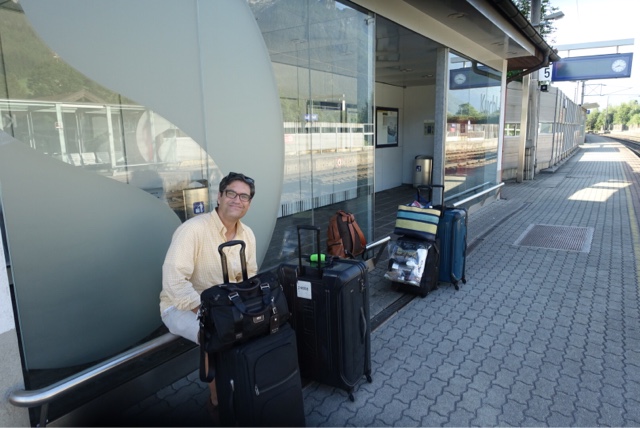 Bright eyed and bushy tailed!
Well, I am almost recovered from yesterday's odyssey. We travelled on four different trains with eleven (count 'em) pieces of luggage (only four of which were large). We got off to a strong start, catching the early express train to Salzburg after having gotten up before the alarm clock. But then our second train was late. Very late. Which meant that we would miss the connection in Linz. So, what to do? Well, after waiting forty five minutes for the train, we decided to take a different train to Linz. In Linz, we had a decision to make. Stay and wait three hours for the next direct train or take a different train that necessitated making a connection. This second option did not allow us much time to make the necessary connection (five minutes) but we decided to "risk" it because we preferred not to wait in Linz for three plus hours. 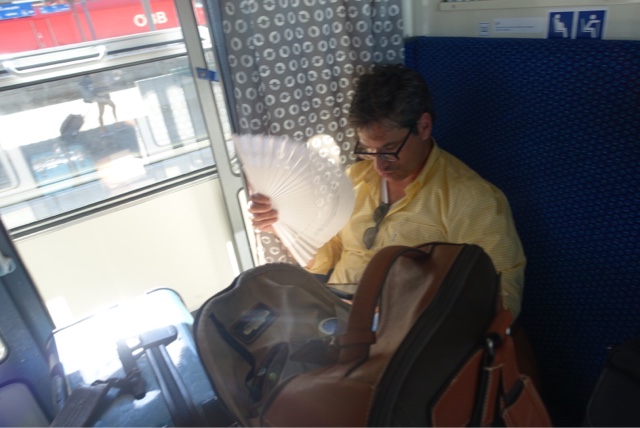 Getting a little warm! 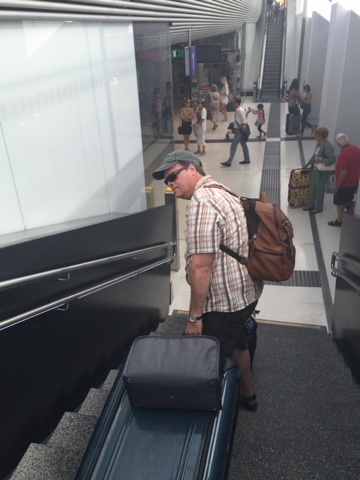 Russell looking annoyed as he rolls his luggage down a flight of stairs because the elevator is not working.
You needn't guess what happened next. The train we took was one half hour late. But not to worry because the connecting train we were meant to take was also late. An hour and fifteen minutes late departing! In ninety five degree heat. With no air conditioning. Or water to drink. Russell was going around offering people money to buy their bottled water (and creating quite a stir as you can imagine. So much so that the conductor went and bought him a bottle of water! Russell would have gone to get it himself but was worried that the train would have taken off the minute he stepped off).
Once we got to Prague -- after thirteen hours traveling -- the apartment owner wasn't there. So we waited for him. He showed up fifteen minutes later and then proceeded to give us an endless (and pointless) "orientation" to the apartment ("This is where the silverware is" and "This is how you turn the TV on"). And the apartment? Well it is God-awful ugly and furnished as if Grandma and Pop-Pop went out the back door the minute we came through the front door. And there is no air conditioning (of course) and only three windows through which one can get any air at all. Oh and there are several "rooms" that are locked and off limits to us (creepy) and the toilet is in one part of the apartment whilst the sink and shower are located down the hall and around the bend. You've heard of open plan living? Well this apartment is the exact opposite. It's lots of little rooms off a central hallway that is dark as all get out. Fortunately for us the place does not lack in wood paneling!! Can you imagine? In the middle of the city. And oak furniture. And black leather. Triple ugh. 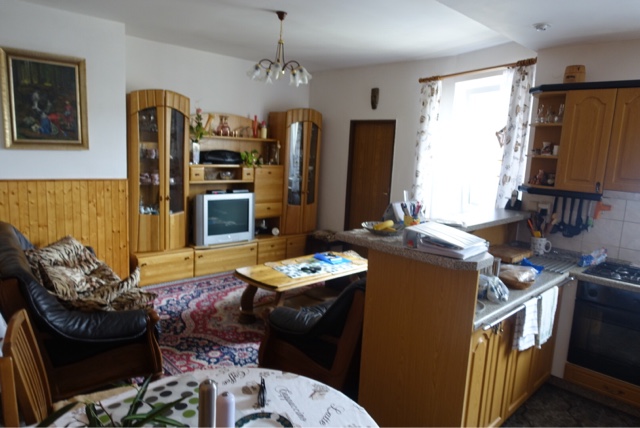 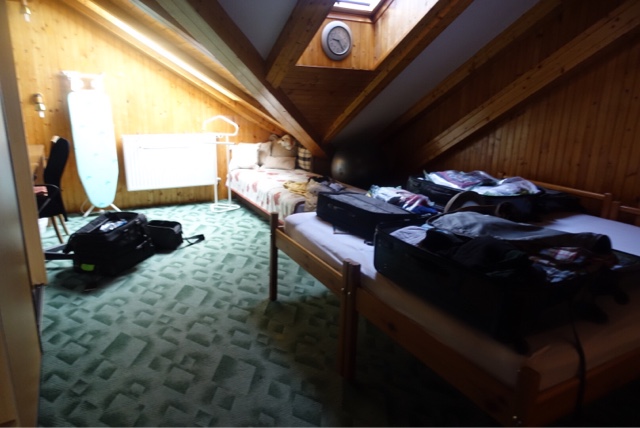 The spare bedroom which has ... no windows! (There is however a small skylight that you can open). 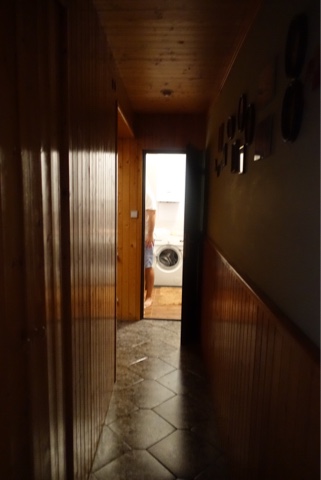 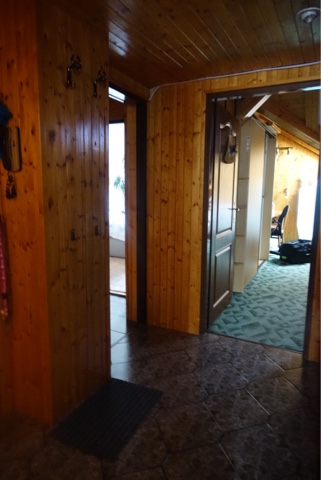 Same spot different direction
So, now it's nine o'clock and we haven't had any dinner and it's hot (still) and the grocery stores are all closed and the apartment sucks and Russell wants KFC for dinner but I don't want any more junk food because I haven't had a decent meal all day and well needless to say we are not being very nice to one another. There may even have been some shouting in the street -- something we haven't done since Bermuda '92. The final result? You guessed it -- no dinner at all. It was just one of those days when you ask yourself, "Why am I doing this?" and "Why didn't I just stay home?" 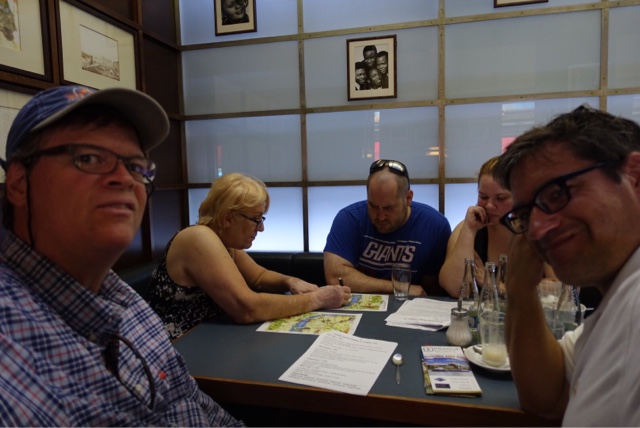 Orientation this morning
So this morning when we woke up we both felt hungover. We had already rescheduled a planned e-bike ride for  next week in order to attend another Untours' orientation (why I don't know). We had breakfast at Starbucks which is located down the street from the apartment and then we took a cab to the appointed meeting spot (I was not feeling up to conquering the public transit system). The orientation was with a lovely woman named Alena and she put so much effort into the materials and the presentation that it was impossible not to get excited about being here in Prague and seeing all that there is to see. The orientation turned out to be exactly what I needed and so now -- after a visit to an English language bookstore where I may have purchased a couple of items and a nap in the afternoon and a Russell dinner -- things are definitely starting to look up. Oh and the temperature today was a good fifteen degrees lower than yesterday so that helped too!
Posted by Russell at 1:17 PM