It's been a busy three days. The highlight of which was on Sunday when we took the five hour post bus tour. Five hours is a long time to be on a bus, that's for sure, but with scenery as spectacular as what we saw, well the time went more quickly than you would think. Still in all I am glad we did not take the seven hour tour! 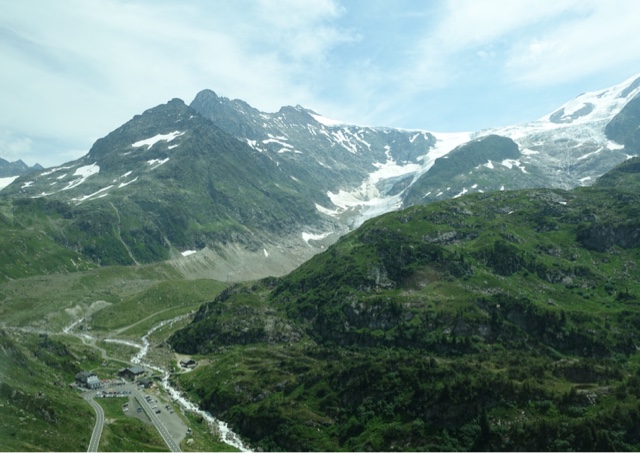 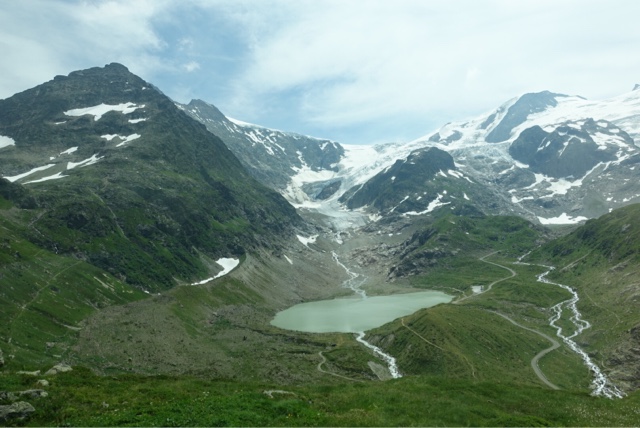 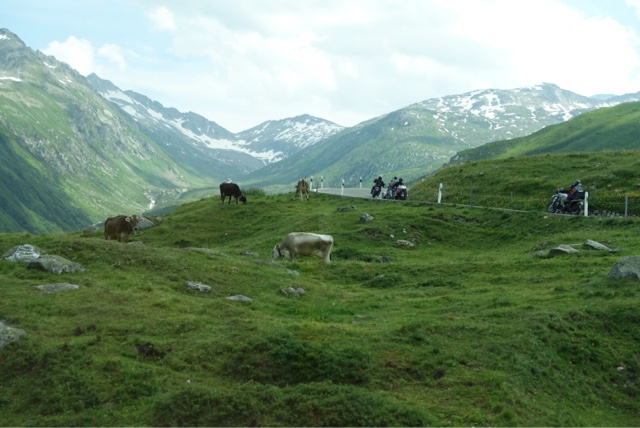 Happy cows
The bus took us over three distinct mountain passes: the Susten, Grimsel and Furka passes. Each one was a little bit different than the others so, although it was all alpine scenery, there was enough variety to keep it interesting. Switzerland (at least this part of it) is certainly picturesque -- like something straight out of a tourist brochure. 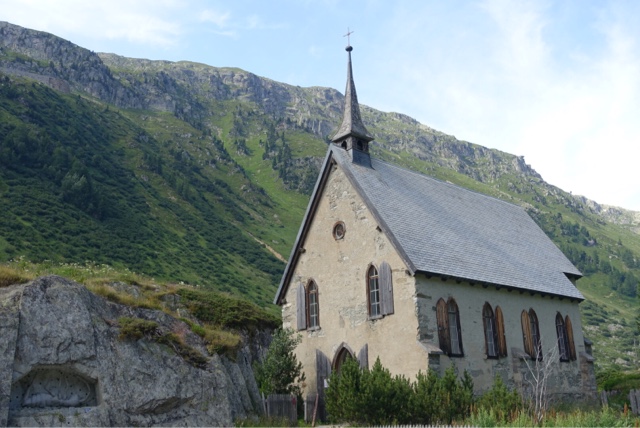 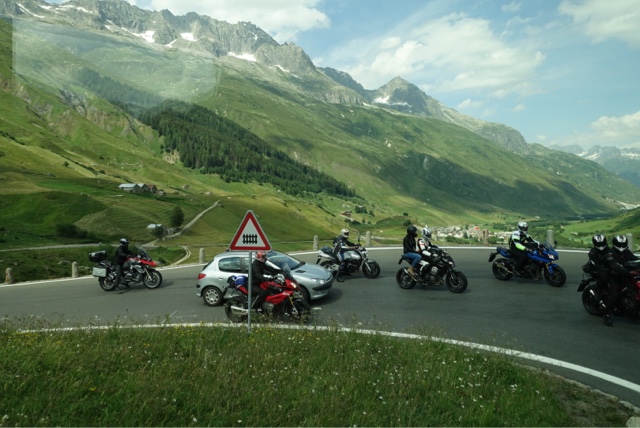 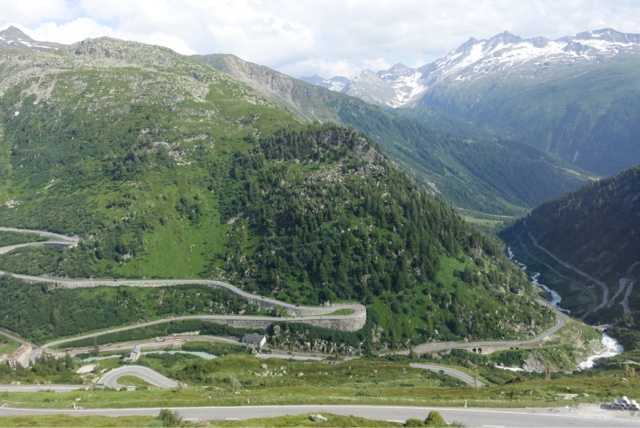 Look at that crazy road
On Saturday we were in Luzern to see the Swiss Transport Museum. This museum had been described to us as not to be missed. I probably wouldn't describe it that way which is not to say that it isn't a good museum. It is good; very good, if you have children. But therein lies the rub as far as I am concerned. This museum has done so much to appeal (over-appeal if you ask me) to children and families that it has become a de facto children's museum. This over-emphasis on children at aquariums, natural history museums, science museums, et al drives me crazy. I suppose these places are just doing what they feel they must do in order to stay in business and they undoubtedly know better than I but it seems to me that there is room for an intelligent, adult-oriented museum that is not an art museum. 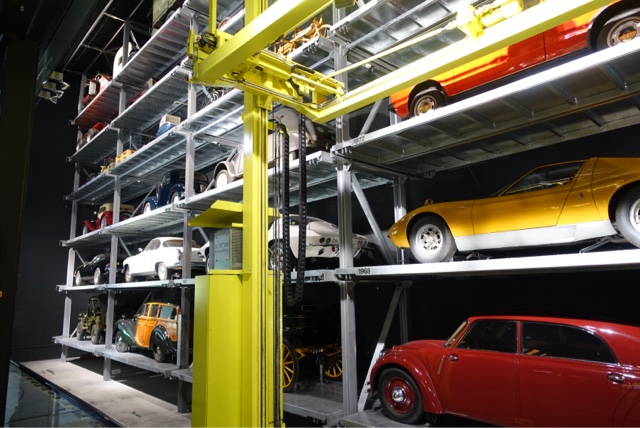 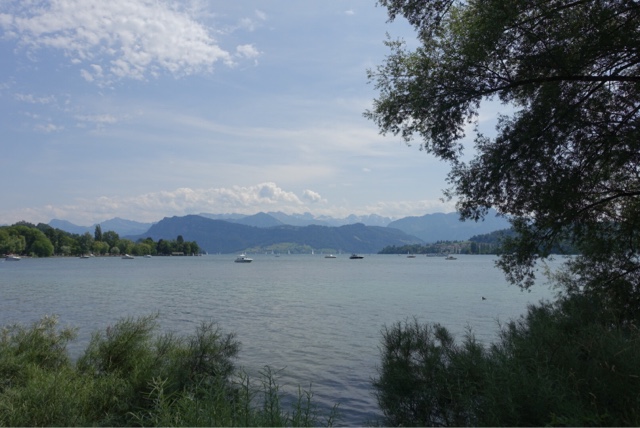 Lake Luzern
Today we were supposed to go see Eiger, Jungfrau and Monch, the three tallest of the Alps but unfortunately the cloud layer is low today and I am afraid we would not have seen much. Probably shouldn't have left this to our last day of site seeing. Oh well. 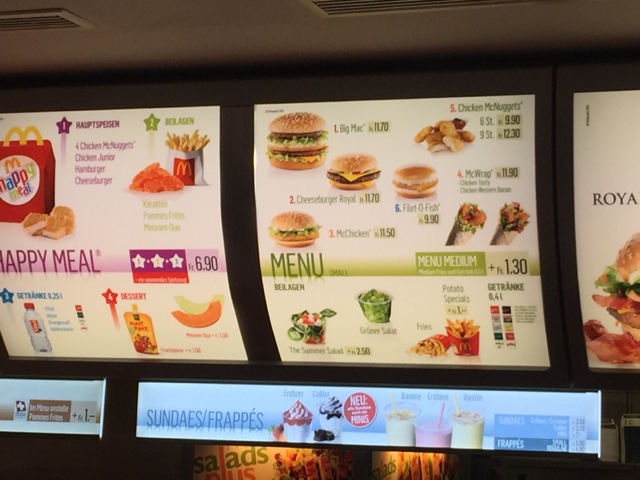 Note the prices: eleven Swiss francs for a Big Mac -- yikes!
So, we went with plan B -- needlepointing followed by a train trip to Interlaken where we indulged in lunch at McDonald's (for the most part not worth it but it did have the fried version of apple pie and man was that good). Also visited my "too expensive" nativity -- looks like the bloom is off that rose! Who knows, maybe we will find something even better down the road. 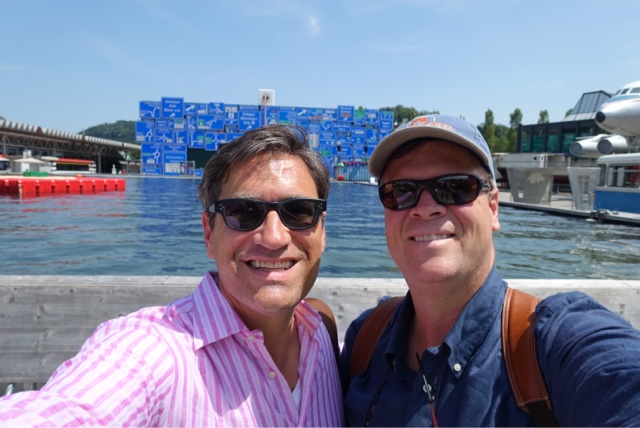