Yesterday was a big day for sightseeing. Unfortunately Russell has come down with a cold so we got a bit of a late start on the day but it didn’t matter because as we have discovered the time slot on our tickets largely doesn’t matter. So, we entered the National Gallery with our ten a.m. tickets closer to ten thirty. Fortunately, the crowds weren’t too bad and we did our usual express tour — in and out in under two hours — without much difficulty. The collection is, as you would imagine, quite impressive but lots of it has religious or mythical themes which is difficult for either Russell or I to appreciate. What we did enjoy was the more “modern” stuff (Impressionism, etc.) of which there was a fair amount. 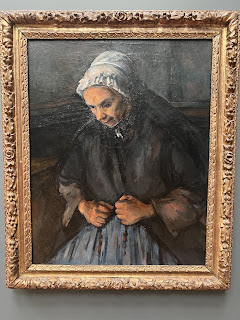 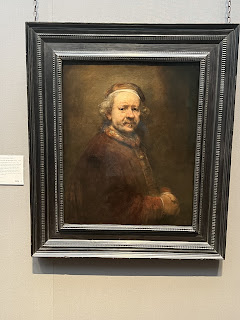 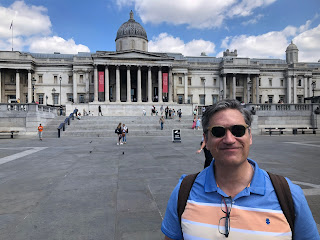 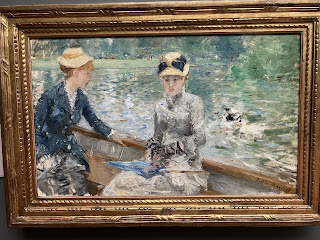 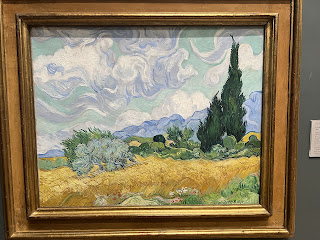 After the National Gallery we walked over to the Churchill War Rooms where we were able to skip the line because we had pre-paid for our tickets. The museum is quite interesting and very atmospheric but I certainly wouldn’t recommend this sight if you have issues with claustrophobia! And I wondered about the fire safety of the place but it was neat to see so little had been changed from when it was used as Churchill’s headquarters during the Blitz. 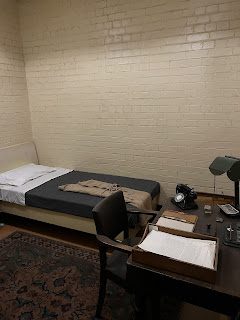 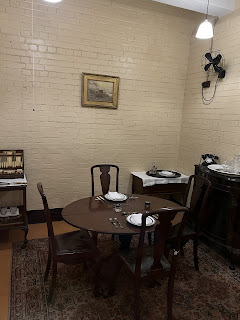 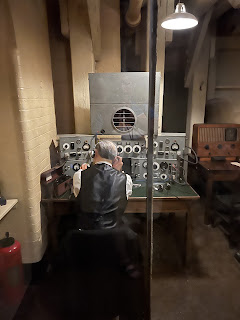 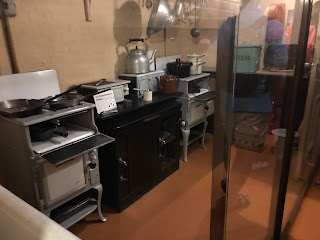 After the War Rooms we went to Westminster Abbey (they are located not far from one another). At Westminster Abbey we were not able to skip the line but it went quickly so it was no problem. The Abbey is a very churchy church which isn’t exactly my thing but of course when in London you’ve got to go so go we did and I’m glad for it. After touring the Abbey the taxi gods were with us and we were able to get one to take us back to the hotel. In the afternoon Russell rested and I went to Foyle’s bookstore. This was quite a good deal larger than I had expected and it was quite close to the hotel also. I enjoyed myself and more importantly only purchased one title (they are beginning to add up!). Dinner was a Spanish tapas place called Barrafina. We ate outside and it was lovely. The weather has been fantastic — not a drop of rain and temps in the upper seventies. 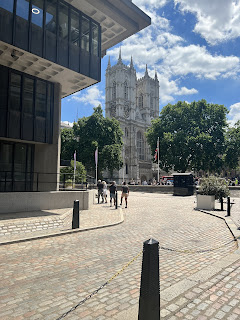 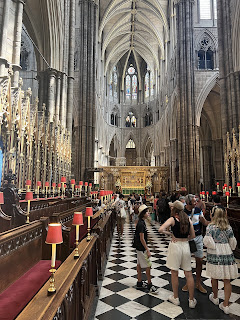 Today after breakfast in our room we walked to the British Library where we toured their “Treasures of the British Library” exhibition. This was very impressive as it contained everything from a Gutenberg bible to illuminated manuscripts to hand written Beatle’s lyrics. Afterwards we walked to Sir John Soane’s Museum. First we rested in a lovely park for a bit observing people going about their business on a delightful Saturday in summer. The museum itself was certainly interesting and chock-a-block full of sculpture, paintings, and objects. What interested me most of all was the building itself which was interestingly decorated and included lots of pleasant spaces. 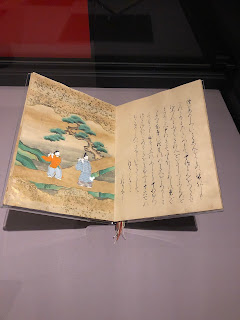 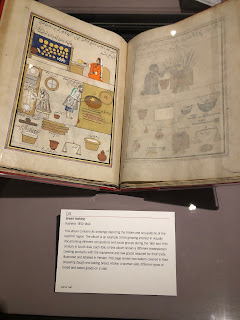 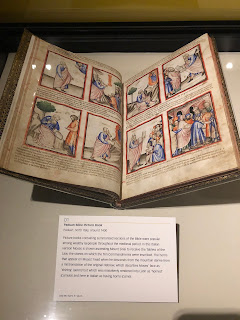 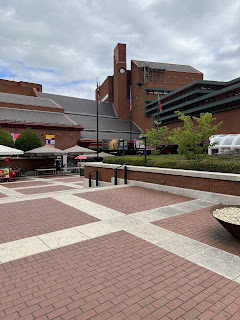 Once again Russell rested in the afternoon and I went out to another bookstore (Waterstone’s). It was really crowded on the streets this afternoon as I think all of London was out enjoying the weather. Dinner tonight was at an intimate place not far from our hotel called Cora Pearl. The staff were friendly and the non-alcoholic drinks especially good. Tomorrow is our last day in London. On Monday we pick up the car and hit the roads! 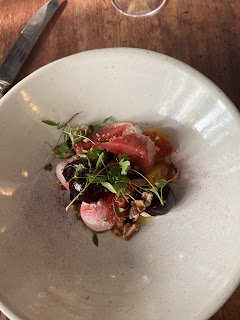 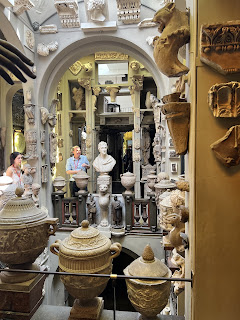 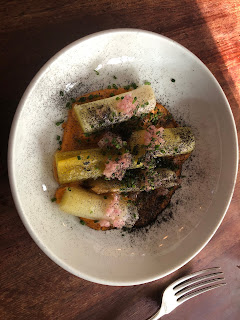 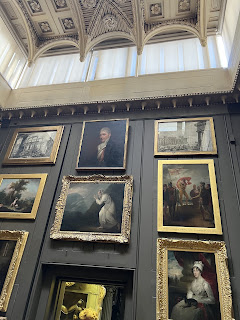 Posted by Russell and Stephen at 12:18 PM