We have had a couple of special days here at the Royal Wells Hotel. Not because of the hotel mind you which remains forlorn and un-air conditioned (!) but because of some of the sights we’ve been seeing which have been exceptional. Yesterday we visited two gardens: Sissinghurst and Great Dixter. Both of them were fantastic. I was especially pleased because there were lots of flowers blooming which was something I was concerned about. I thought that perhaps in July there might not be as much in bloom as there would have been in May or June but no worries. 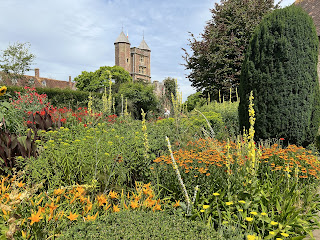 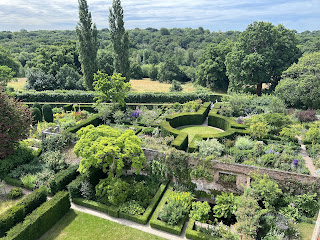 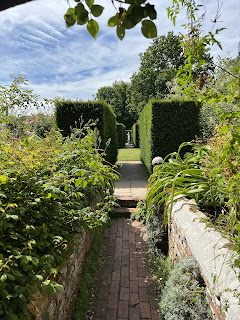 Sissinghurst was probably the more groomed of the two gardens. We climbed the tower where we were able to get a great overview of the various gardens. It was definitely worth the steps even though Vita’s writing room was closed for renovation (that would have been nice to have seen but what can you do?). I also liked how the garden contained so longer sight lines down straight paths with a sculpture at the end. This was very effective I felt and provided a nice contrast to the more loose and free plantings within the beds. It seemed to have just the right balance of structure and floral exuberance for me. But, my God, the work involved in keeping such a place looking neat ad tidy — it boggles the mind.

Speaking of floral exuberance, next up was Great Dixter — a garden reknown for its adventuresome plantings. And, believe me, it did not disappoint. Lots of tropicals were incorporated into the garden and beds were spilling out into the pathways left and right. At one point I thought I might get consumed by the plants. It was funny but seriously it’s hard not to like a garden that tries so hard and is so positively enthusiastic. I loved it, a garden after my own heart. 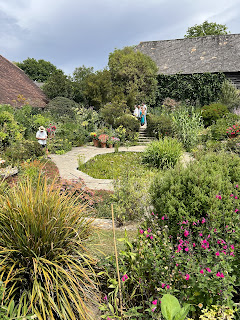 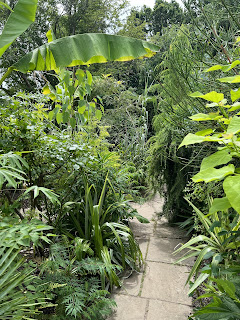 Dinner last Igor was at a place called Cote Brasserie. I told Russell that the place really pulled a rabbit out of a hat because my salad was somewhat concerning in appearance and horribly overdressed to boot but it tasted so good I didn’t even care.

This morning was off to a poor start as R had not such a great sleep (owing to the lack of air conditioning as I mentioned earlier). But we were off early in our air conditioned car so no worries. Originally I had planned a visit to Charles Darwin’s home but after showing Russell the pictures online he was none too impressed so we had a last minute change in planes and cobbled together a visit to three different National Trust properties in the area. First up, Scotney Castle. This included a main home, the original home, and gardens. It was quite picturesque and I was very glad we discovered it. Next up was Smallhythe Place, the country home of a famous actress (Ellen Terry) built in the 1500s. The place was full of theatrical memorabilia and included a barn that had been converted into a theatre where they still put on productions. Our final stop of the day was Bodiam Castle. This is now a ruin but it was built in 1385 and was surrounded by a moat. It is so typically castle-and-moat-like that if I hadn’t seen it for myself I would think it was a stage set or something produced by Disney. All in all, the three sights made for an interesting and varied day of sightseeing made all the more enjoyable by the fact that it was totally unanticipated. 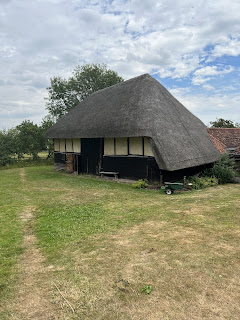 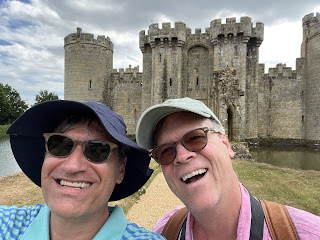 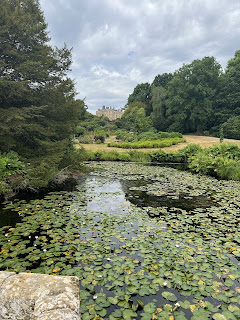 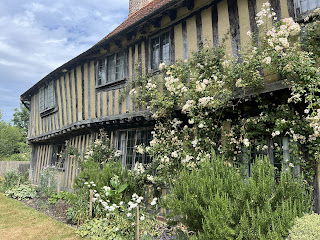 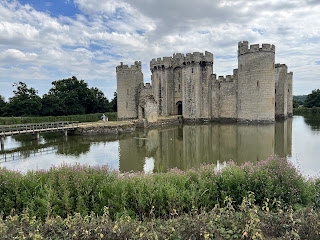 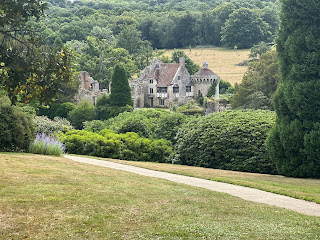 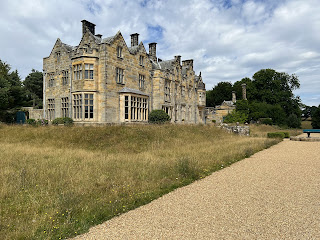 Posted by Russell and Stephen at 9:25 AM