We had a nice peaceful day in Chipping Camden. After breakfast at the hotel, we drove a brief distance to Hidcote. We were there right at opening time which was a good thing too since it was rather busy when we left. The garden was amazing. It’s a National Trust property and probably one of their premier ones too judging from how well the garden was kept. There was a summer house that I particularly enjoyed. I also enjoyed the perennial beds and the vistas of the surrounding land. 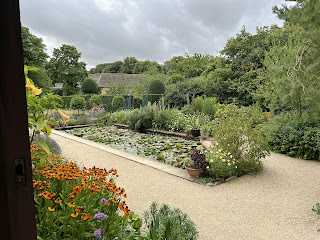 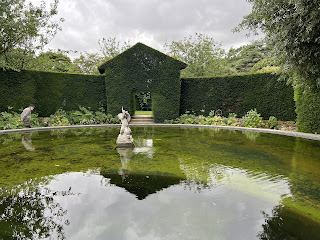 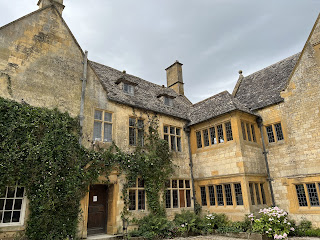 In the afternoon, Russell visited the hotel’s spa for a massage whilst I hit the local bookstore. Dinner was at a local pub called Eight Bells and it was to bed early as today was a driving day. After another breakfast at the hotel we drove to another National Trust property, Stowe. It was only a little over an hour’s drive away but all of it was on backroads. Russell has done a great job driving and once again he got us to our destination safely.

Stowe was a nice surprise. I didn’t expect much as it is primarily a landscape park and not a flower garden but what a landscape park! Long views across grass and ponds toward numerous classical temples and statuary. The pond featured loads of ducks and swans (including lots of baby birds). Russell and I sat together on a bench and observed all the bird life for a few moments and it was very special. 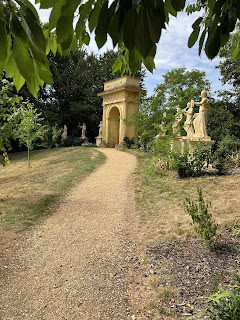 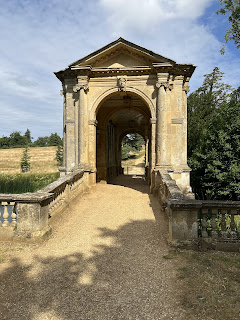 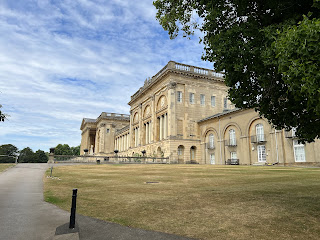 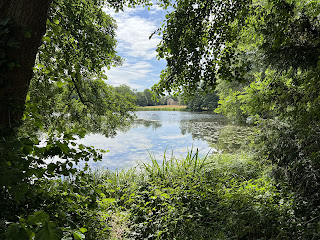 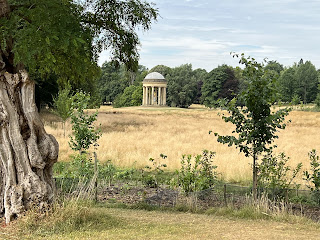 Back on the road as we headed toward our final destination of Oxford is was far more stressful. Loads of traffic, round-abouts, etc. We arrived at the hotel before our room was ready and so we walked around Oxford and tried to get our bearings. It was very crowded as the weather today is fine and school’s out. At any rate, when we arrived back at the hotel our room was still not available so it was cappuccino in the hotel’s restaurant for us. Eventually we were shown to our room which is modern, air conditioned and in good repair — a relief for me as I had some doubts about this place. Unfortunately while bringing our bags in to the hotel we discovered that my back pack was left behind in Chipping Camden. I’ve phoned the hotel and they are looking for the bag and if they find it we plan to back-track tomorrow (it’s only 42 miles away — the advantages of not traveling very far on any given day) to pick it up.

Posted by Russell and Stephen at 8:28 AM