On Day 4, we went to the flower show at Hampden Court. Hampden Court is a royal palace outside London which necessitated a train ride. The train left from Waterloo Station so it was up early and another long walk to get to the station but after purchasing our tickets we were able to make a train that departed shortly after we boarded. It was a crowded train and when we arrived at the Hampton Court station we were one of hundreds of people who got off. We, not surprisingly, followed the crowd to the show entrance and our day at the flower show was begun. It’s a huge fairground so getting our bearings was no small feat. We decided to just wander with no particular path in mind which might or might not have been the best decision. Right away we could see that this was a very different flower show than what we were used to. Vendor booths seemed to be everywhere and mixed in amongst them were other non-commercial displays though they were significantly fewer in number and not quite as grand as some of the displays at say the Philadelphia Flower Show. The presence of all these vendor booths was somewhat disappointing as obviously I was not in a position to take advantage of the significant deals on quality merchandise we were seeing. We did however see some beautiful displays and enjoyed a fine pizza too before heading out to tour the palace. I would have to say though that I was a bit disappointed in that it seemed to me the vendors were in control of the show and the amateur competitive classes of plants and flowers that we so enjoy in Philadelphia were nowhere to be found though I suppose that is how they are able to offer this flower show so soon after the Chelsea show. And of course my disappointment was fairly assured given the extent of my anticipation. 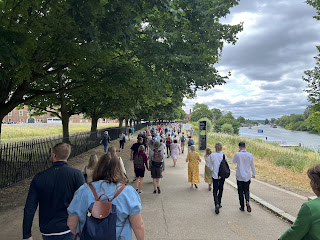 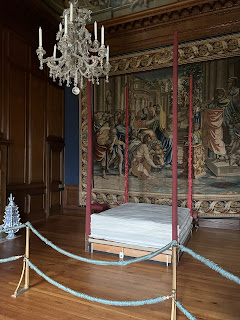 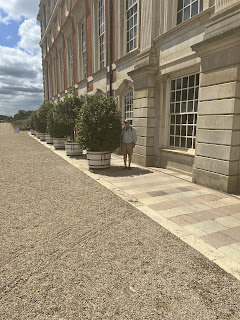 Trying to find a bit of shade! 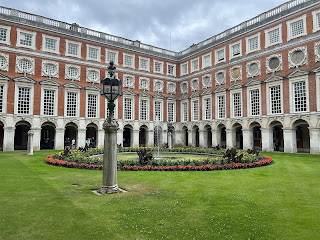 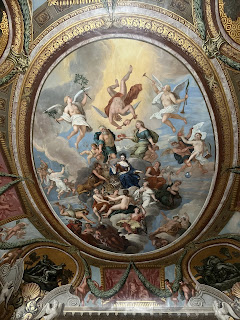 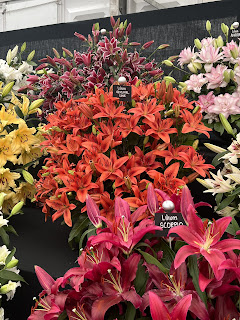 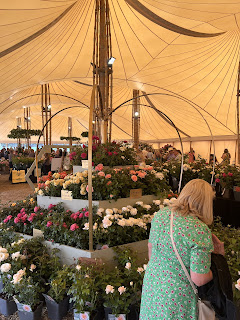 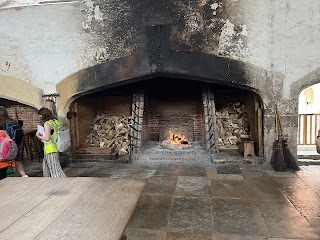 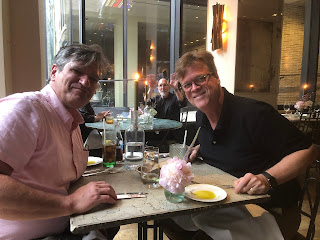 If I was disappointed in the flower show I most assuredly was not in the palace itself which is huge and remarkably accessible (and I might add not particularly crowded either). We wandered from room to room enjoying the opulence of our surroundings until it was announced that the palace was being evacuated and that we along with everyone else would have to exit. As it was unclear whether this was to be a short or a long closure and we were tired we took this unexpected turn of events as our cue to return to London which we did once again managing to arrive at the station just as a return train was departing.

After a brief sojourn at our hotel dinner was at a place called The Petersham. It was, like most of the meals we’ve had here, tasty but not particularly spectacular. Still, I don’t regret having made most of our dinner reservations through Open Table (an app) as it has made the issue of where to eat each night a “no brainer” and far less stressful than it would have been walking the streets and saying “What about this place?” or “What about that place?” We didn’t come here for the food though like I said it hasn’t been an issue at least in terms of quality.

Yesterday was supposed to have been an easy day (or at least so I thought). We had only a couple of things to do and they weren’t terribly far from one another though as it turns out they were quite far from our starting base (the hotel) which was something I had not fully taken into account. After a two and a half mile walk to the Victoria and Albert Museum we arrived just prior to its opening but it was clear from our walk that something was up because the traffic along the way was atrocious. Our visit to the V & A was quite enjoyable as we started on the fourth floor and gradually worked our way down through the building’s galleries of ceramics, glass, and metalwork. The extent of the museum’s collection is quite spectacular and we very much enjoyed strolling through one gallery after another most of which we had almost entirely to ourselves. By the time we got to the ground floor the crowds had grown considerably but not so much that we couldn’t enjoy a snack in the courtyard before heading out to our second destination of the day — the Chelsea Physick Garden. 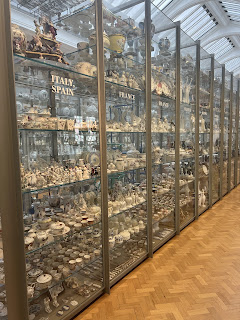 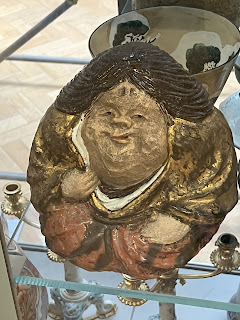 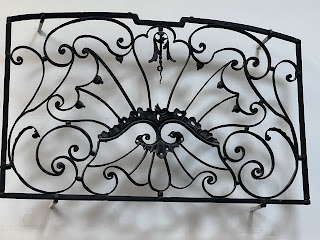 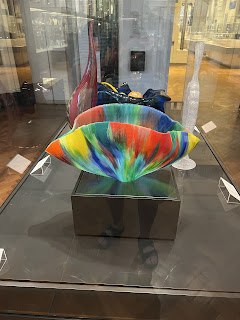 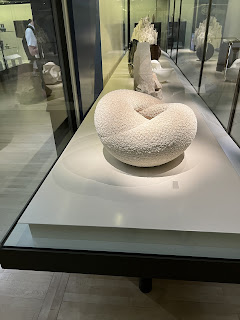 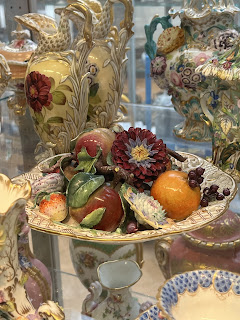 The Chelsea Physick Garden is one of the oldest botanical gardens in the world. It is quite well tended and I was surprised to see palm trees and all manner of tropical plants. It was hard to believe you were in London sitting on one of the benches and observing the many plants that have been obviously growing here for some time. 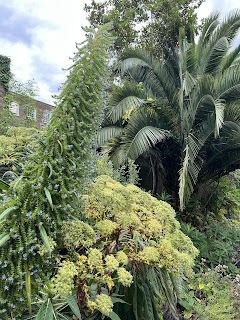 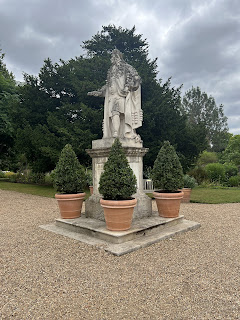 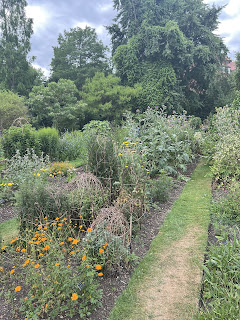 After visiting the Chelsea Physick Garden we went to a bookstore — John Sandoe Books. It was in a very swanky neighborhood and had an excellent selection of books. However the shop itself was positively claustrophobic. So tiny and so jammed full of books and employees it was difficult for me to browse. But I enjoyed myself nevertheless. 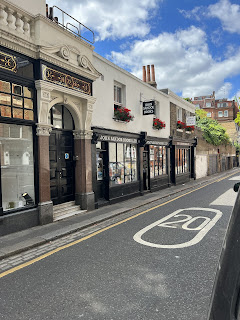 Now, it was late in the day and we were dog tired and unfortunately we were still quite a distance from our hotel. We tried to get a cab but none were stopping for us and so we started walking and walking and walking. My feet were killing me but I made it back to the hotel and at dinner that night (Hawksmoor) we concluded that we had walked at least six miles and probably closer to ten! This might not seem like a lot to all you physically fit readers out there but for two overweight Americans such as me and Russell it was quite a feat. I’m telling you this sight-seeing is no joke! Hah. But I’m sure after a good night’s rest we will be up for more in the a.m.

Posted by Russell and Stephen at 12:38 PM