On Day 12 we drove from Royal Tunbridge Wells to Teffont Evias (a very small village west of Salisbury). Along the way we stopped at West Dean Gardens. This was Russell’s choice as I had suggested a stop either at Petworth House or West Dean Gardens and he obviously chose the garden alternative. It was a good choice as they had an exceptional walled garden full of lovely antique greenhouses and overflowing beds of both perennials and vegetables. We enjoyed a picnic lunch before exploring the rest of the property which featured a magnificent and very long pergola full of roses and clematis. 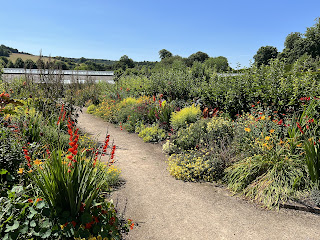 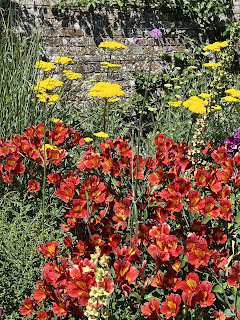 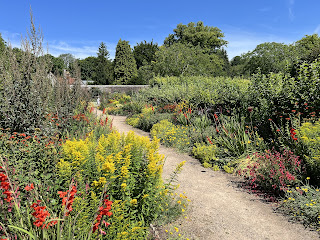 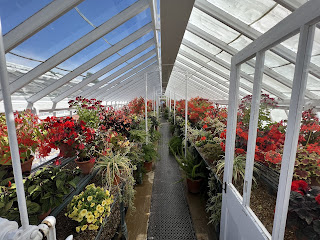 After our visit to West Dean Garden we drove to our final destination for the day — Howard’s House Hotel. I was covered about whether this would disappoint or not given that the reviews online were not universally positive but I need not have worried because it was lovely. Our room although in-air conditioned had windows of two walls so there was good air flow. The room also featured a four poster bed with canopy and en suite bathroom. The hotel also had a lovely garden in which we enjoyed a tasty dinner. 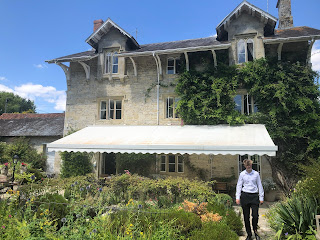 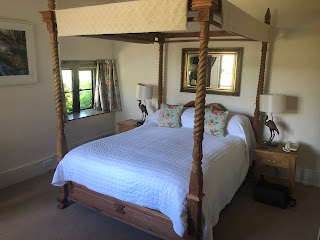 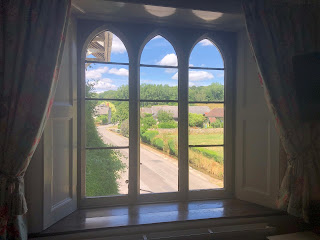 On Day 13, we once again enjoyed the garden this time for breakfast before setting out for Stourhead. Again, this was a minor alteration to the itinerary as I had originally thought we would visit two gardens further afield but we decided they would involve too much driving. Stourhead is well-known for its “park” which features a lovely lake with classical, temple-like buildings placed here and there creating some stunning, highly picturesque vistas. We enjoyed a long walk and a tour of the Palladian-style house before returning to the hotel for an afternoon of reading in the garden and napping. 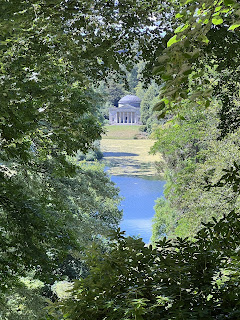 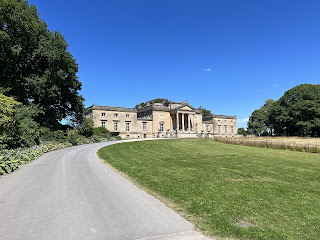 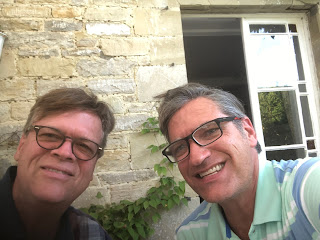 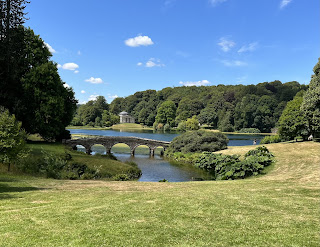 On Day 14 (today) we drove from Howard’s House further west to a lovely country inn called Lewtrenchard Manor. This place is absolutely lovely, a real gem. Again, no a/c which might prove problematic tomorrow and the next day when a heat emergency has been declared but we shall see. We have a small sitting roo, en suite bathroom and king sized bed (our first dice London). On our way here we stopped ata garden called Hestercombe. This featured lovely views over the countryside, a woodland walk, and a walled garden designed by Gertrude Jekyll and Edward Lutyens. I’ve really come to appreciate the importance of structure and planning in visiting some of these gardens. If the structure is right, the plantings almost become secondary and although this is not my preferred style it has much to recommend it. Still, structure doesn’t come cheaply (especially nowadays) and gardens are for planting as far as I am concerned but I am something of a plant collector myself so I would say that. Visiting these gardens has helped me to think about my own garden in a different way and I’m looking forward to returning home and making some changes informed by what I’ve seen. 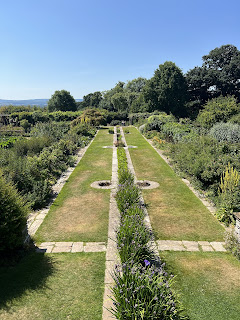 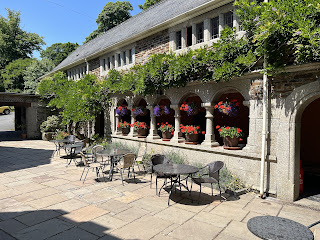 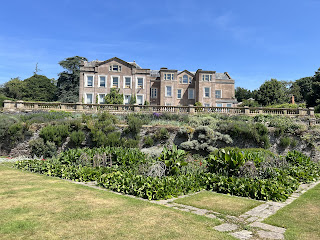 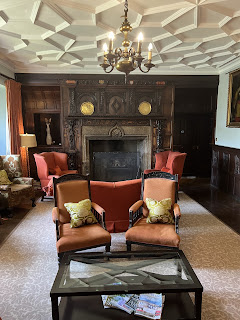 Posted by Russell and Stephen at 8:45 AM