Today we drove from Bath to Chipping Camden (in the Cotswolds). We made two stops along the way. The first was a place called Avebury. It is about fifteen to twenty miles east of Bath and it is a World Heritage Site. It features a very large stone circle a la Stonehenge. Avebury is nicer than Stonehenge in a number of ways — fewer people, larger circle of stones, you can still get “up close and personal” with the stones themselves whereas at Stonehenge they have cordoned off the circle. Also, at Avebury a village has developed in and amongst the stones so that’s kind of cool because it adds a whole different dimension to the history of the site. In addition to the stone circle you can visit (and we did) a lovely manor house and garden. The manor house was featured on a television program where they featured modern artisans building (or in this case re-building) using the old methods of construction. The result is an interesting mish-mash of old and new — period rooms from the various time periods during the history of the house but all recently constructed just using old methods. I enjoyed the visit a lot and the grounds were lovely as well. 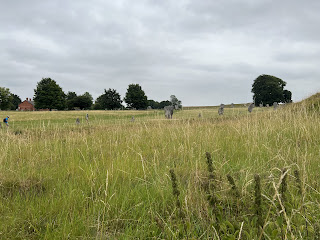 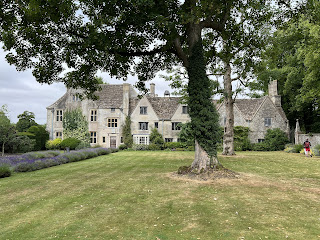 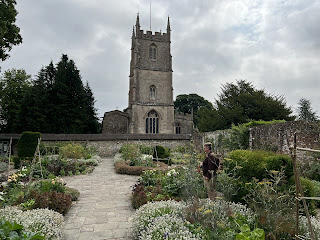 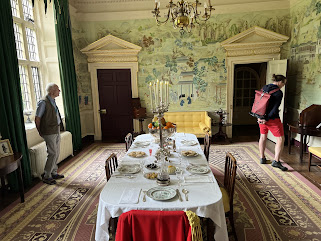 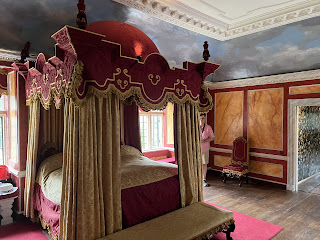 Our second stop of the day was Chedworth Roman Villa. This stop featured obviously the remains of a Roman villa. They’ve made the most of what remains but having said that I ought to also let you know not too much remains. A bunch of walls delineating different room but leaving much to the imagination. More evocative were the mosaic floors they uncovered and also some of the objects that were unearthed. It’s a lovely sight positioned as it is amongst rolling hills, fields and patches of woodland and there was even a real, live, genuine pheasant wandering around. So, it was definitely worth the visit. 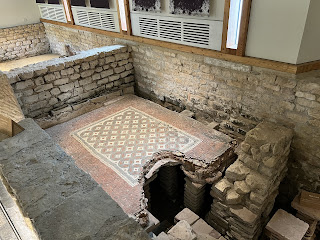 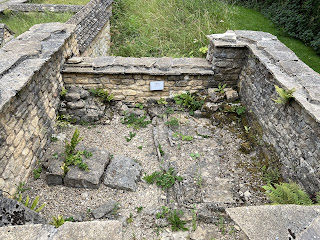 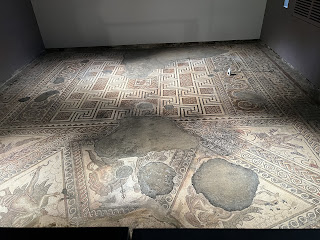 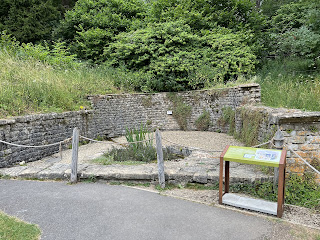 We arrived in Chipping Camden in the mid-afternoon and located our hotel room which features—drum roll please — air conditioning (not that we really need it now as the temperature today was only in the seventies). The room (and the hotel) are both very nice (thankfully) and the town is super cute —all of it is constructed out of the local stone in a similar architectural style (what style is that? Let’s just call it English vernacular and leave it at that). 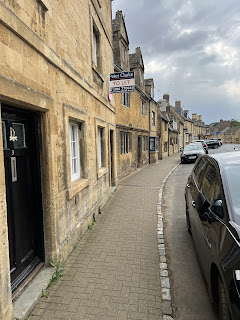 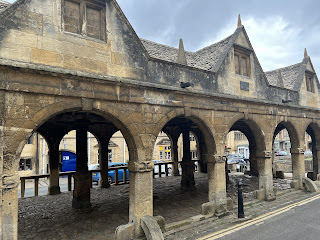 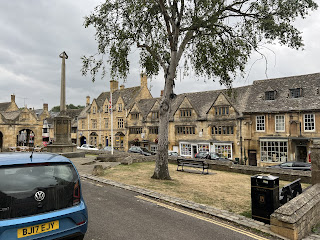 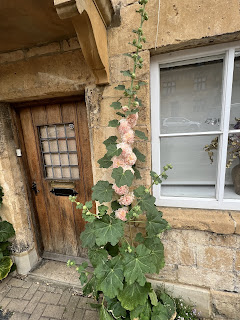 Dinner was at the hotel and featured sticky toffee pudding for desert, a favorite of mine. All in all, a most enjoyable day.

Posted by Russell and Stephen at 2:07 PM