So, we are in Copenhagen now, having arrived here after another traumatic day of traveling. We left the Oberwesel apartment at seven in the morning and arrived at the Copenhagen apartment at 10:30 in the evening. That's fifteen and a half hours of travel. The first train went off without a hitch. And actually we got lucky on the second train and found two seats together where we could keep our luggage close at hand. Score! The second train was however late in arriving in Hamburg. Although we had changed our departure date from Wednesday to Monday we had neglected to change the tickets from Hamburg to Copenhagen. This we did in Hamburg. The next train was booked solid. However, the train after that one had two seats for us. After a two hour wait, the train was quickly delayed because of trees on the tracks from high wind. At one point, we even drove backwards toward the previous station. Also, there was a delay with the switchover in crews at the border. Something about the ferry being delayed. Yes, that's right -- the train was loaded onto a ferry, everyone had to get off the train which they then locked up and suddenly we were on a boat going from Germany to Denmark. Never thought I would see that -- a train going right onto a ferry! 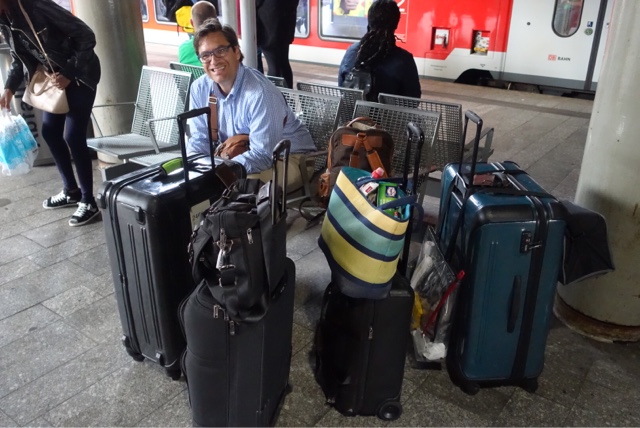 With all the luggage in Hamburg 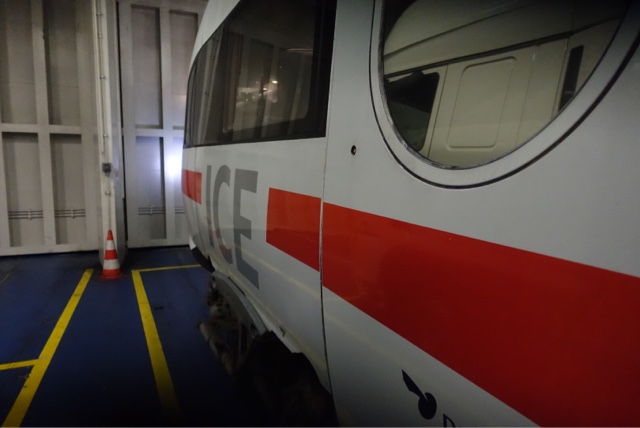 They put the train on a ferry! 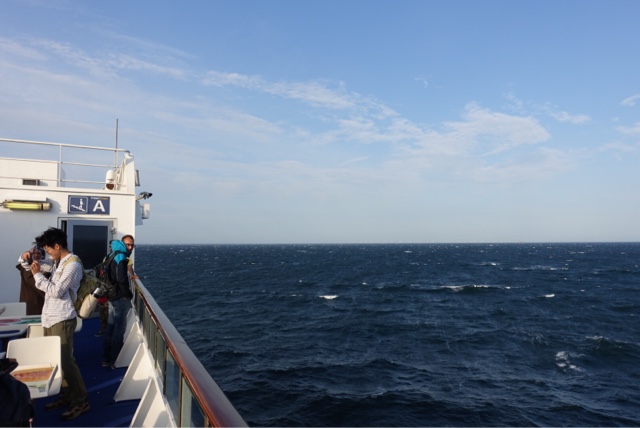 And suddenly we were taking a boat ride!
Unfortunately, with all the delays what was supposed to have been a four and a half hour train ride ended up being seven hours! Ugh. The new landlords at the apartment in Copenhagen were very understanding (thankfully) with our inconvenient arrival time. We were fully prepared to spend the night in a hotel had we gotten in much later and/or should they have proven to be less accommodating. The apartment is bright and spacious with all the "mod cons" as they say over here ("modern conveniences" for those of you who are a little less hip -- you know who you are!)
I went for a run this afternoon and from what little I saw of the city it looks like a lovely place. The area we are in is a mix of four to six story apartment buildings with funky stores and restaurants. The city itself seems laid back and not too full of itself though why I say this I am not sure. Russell went to the grocery store today so we are stocked up for the week and I've been doing laundry all day so we should be able to go out and actually see some stuff later this week.
Can't say as I am sorry that we haven't got another train ride ahead of us. Wanted to share some photos we took last week in Frankfurt. We did a day trip there. It's an interesting city -- gritty but with big office towers and livable spaces as well. Especially enjoyed our visit to the observation floor of one of those banking towers and also our lunch in a department store cafeteria that had a lovely view. Enjoy. 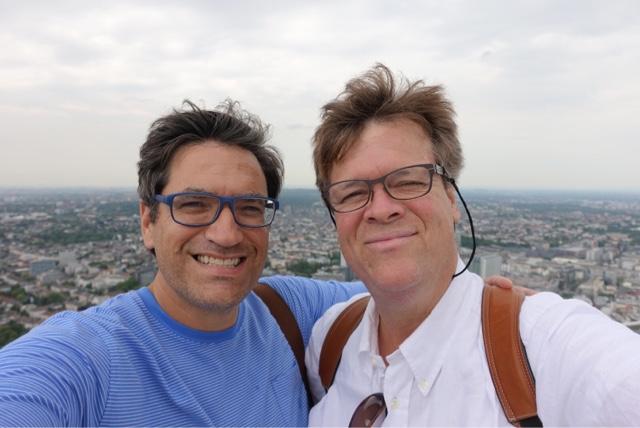 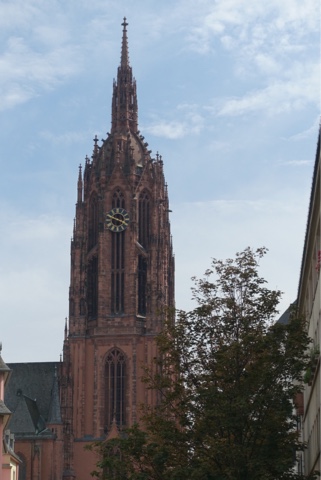 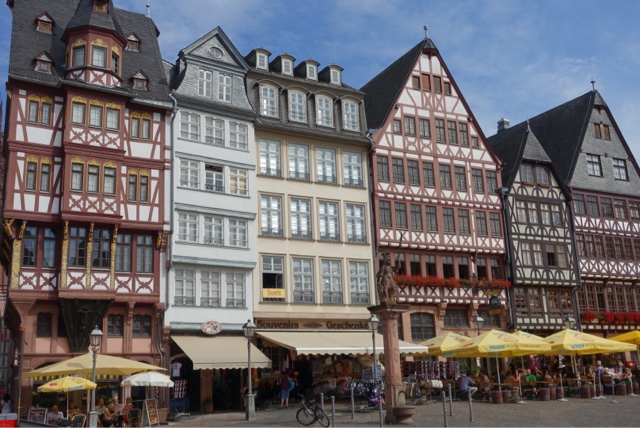 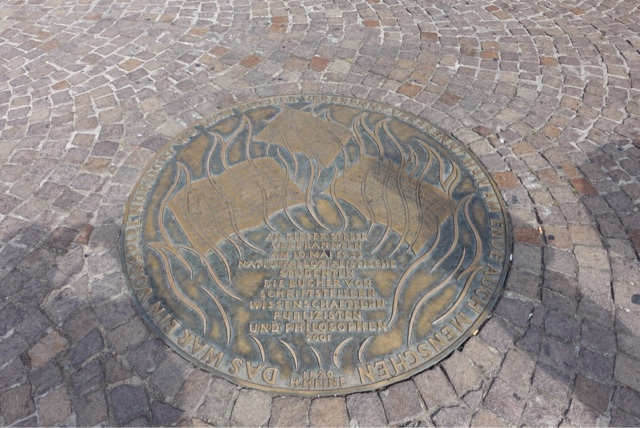 Plaque commemorates a Nazi book burning that took place in the square in the photograph above the plaque photograph (clear as mud, right?). Anyhow, the inscription is a quote from a poet that says something like it's a short step from burning books to burning people (only obviously the poet says it more ... well ... poetically!)
Posted by Russell at 9:16 AM