What to say? I am getting back on my feet after a few days of discomfort. The rash began to clear up fairly quickly after I started the medicine but the pain did not. That has been pretty much a constant for the last few days -- sometimes more, sometimes less. Russell has been very patient with me. 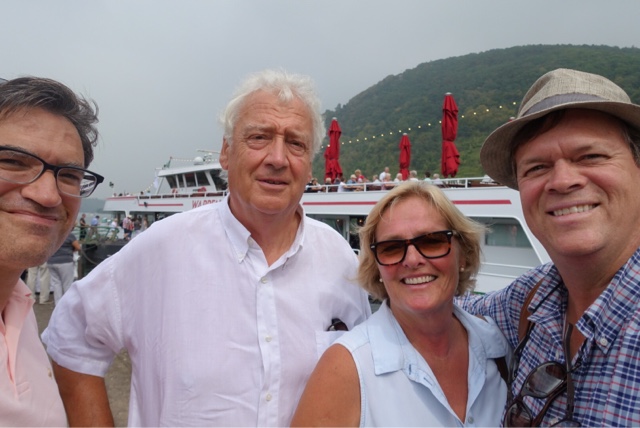 Our landlords-- Alfred and Anjelika
We were able to take our landlords out on Saturday as a special "Thank You". We went, as per their suggestion, for a boat ride and dinner cruise on the Mosel and Rhine Rivers. But it was even more special because there was a festival going on called "Rhine in Flames". It involved special lighting of all the towns along the river as well as fireworks that were timed to go off one after another as our boat (and dozens of other boats) went down the river. It was a special night and I am glad I was feeling well enough to enjoy it. 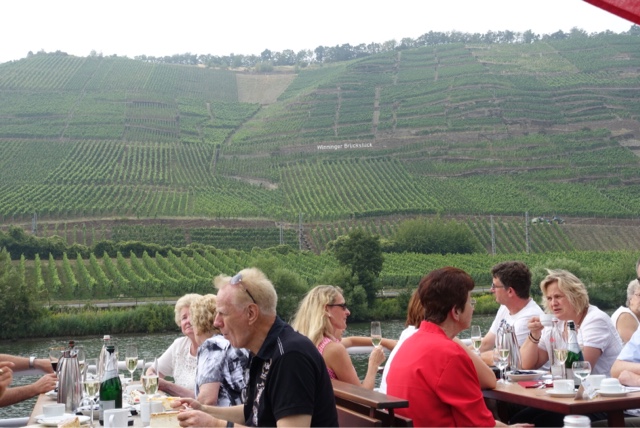 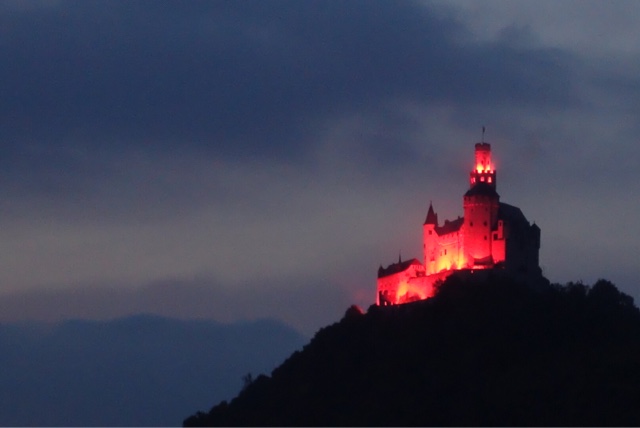 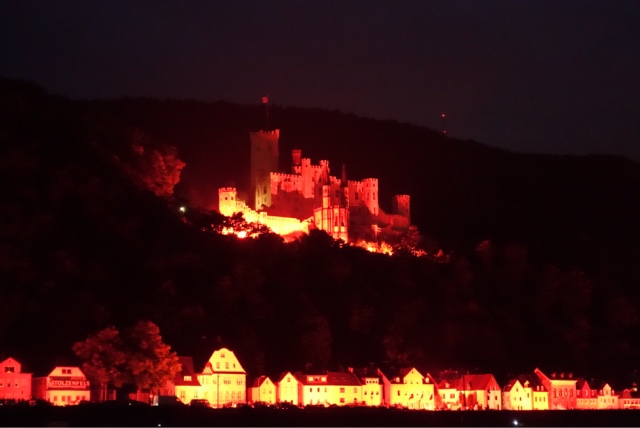 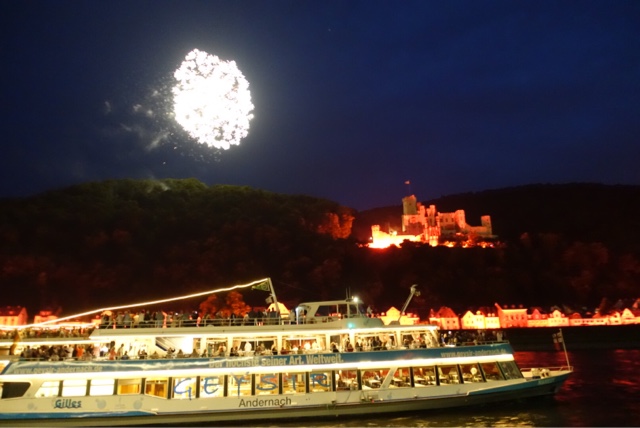 Rhine in Flames
Sunday and Monday were both spent here at the apartment taking it easy and needlepointing. Today we attempted a day tour to a neighboring town (St. Goar). It was pretty but our heart wasn't really into it. I am hoping for better things tomorrow when we are thinking that we will take the train to Cologne to check out the cathedral there. 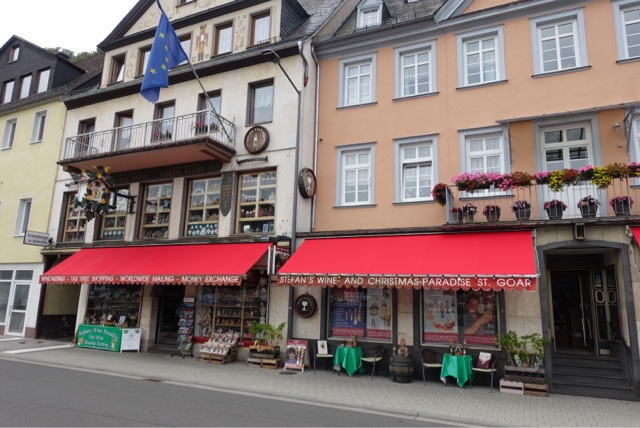 Terrible Christmas store I was all excited about visiting today. I should have known when it said "Stefan's Wine and Christmas Paradise" -- obviously Christmas alone wasn't enough to make it. Hard to believe that a Christmas shop can't make it here!
Curiosity of the Day 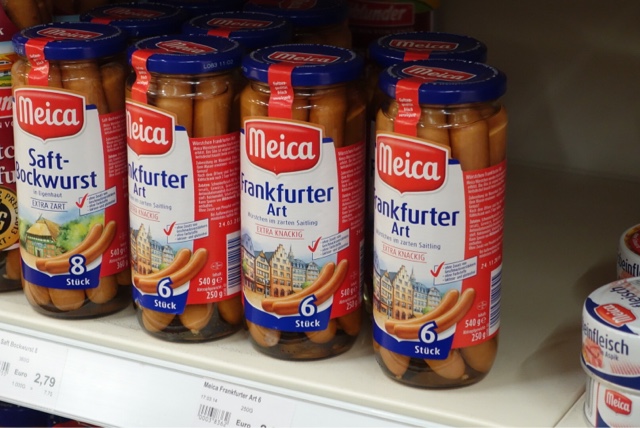