We're back on a boat! And loving it. Time to unpack (no more schlepping all our luggage from one place to another) and no need to think or plan. Of course, it also means waiting in lines, buses, complainers and shush-ers. It's a trade off like everything else but it feels good to be on the last leg of our incredible adventure. 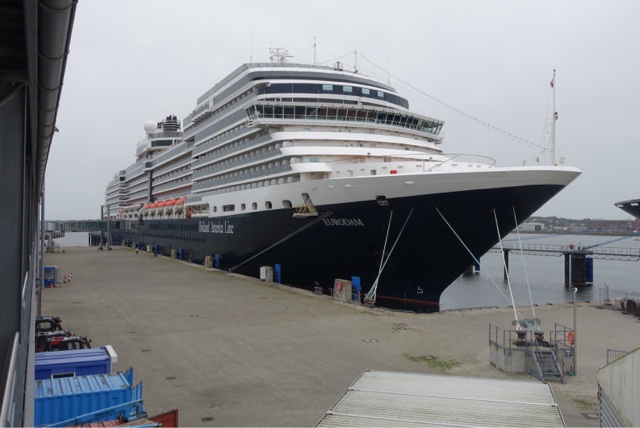 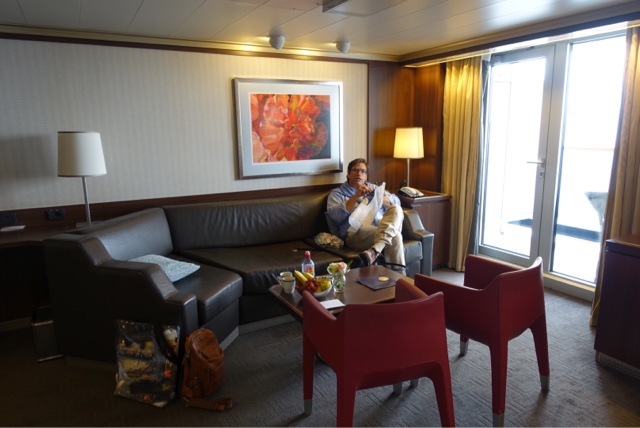 Our room
First stop -- Hamburg. It was an early/dreary start: 6:00 am & rain. Weather improved as the day wore on though. We took a bus tour around the city with a couple of stops for pictures and a boat ride with lunch on the Alster Lake? Sea? Not sure what it's called but it sure waz purdy. 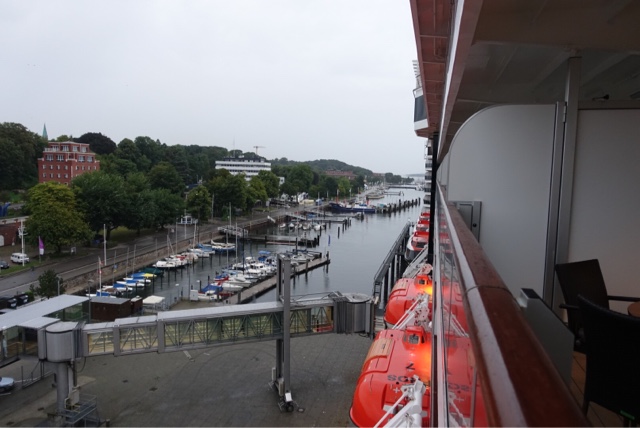 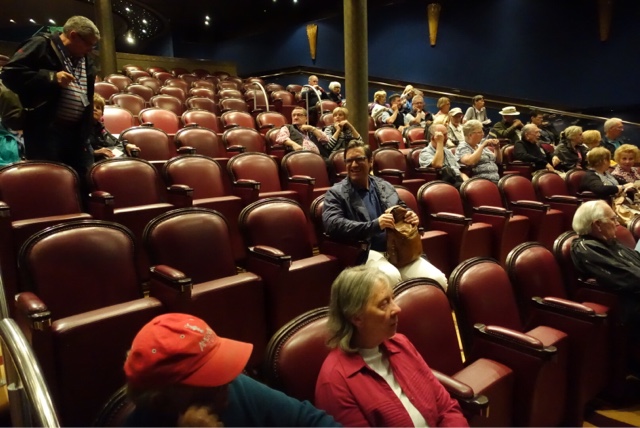 Women in red shirt was the first shush-er of the cruise. At seven fifteen in the morning! On day two! And it's not like they were even saying anything important!
Hamburg is like a lot of German cities in that it doesn't have a whole lot of old, old buildings. Too much damage from WW II. Still, what it does have is quite interesting. I especially enjoyed some of the brick construction, the warehouse district and of course the elegant residential area by the Outer Alster Lake/Sea. Russell enabled us to avoid the fish sandwiches that were for lunch (they had a few plain cheese sandwiches and he snagged us a couple). The drive back to the boat took extra long because the driver suddenly parked the bus at a rest area before announcing that it was mandatory that he take a thirty minute break commencing immediately (something about work rules and too many hours behind the wheel -- never mind the fact that we had just had a stop in the city (for all of fifteen minutes) that easily could have been extended in order to satisfy his requirements -- much better to stop alongside the highway!) 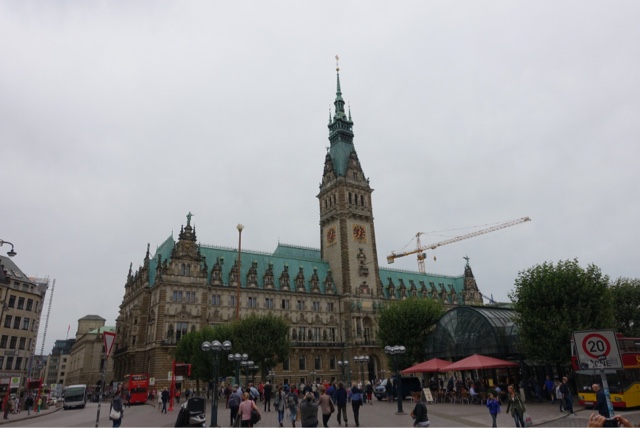 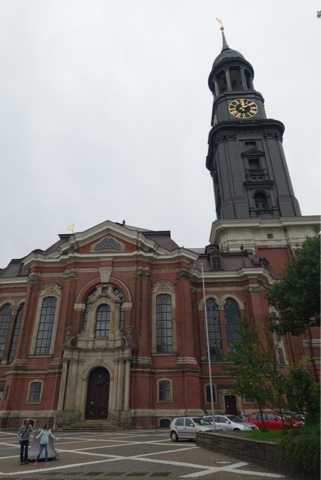 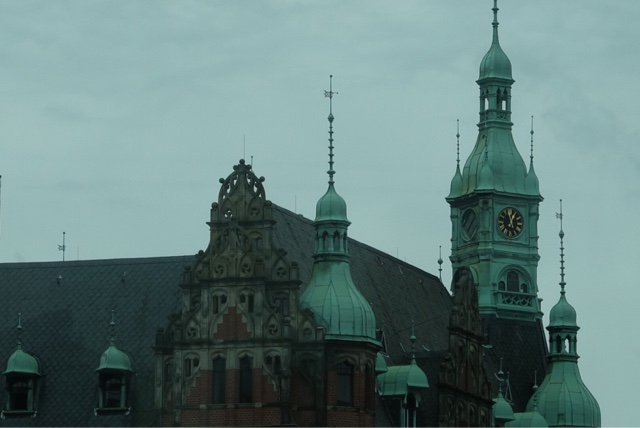 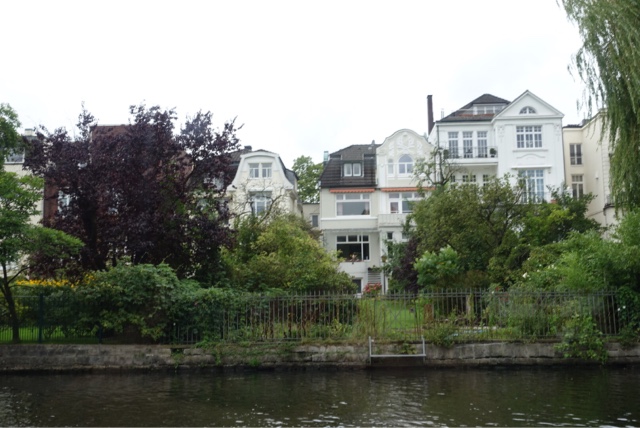 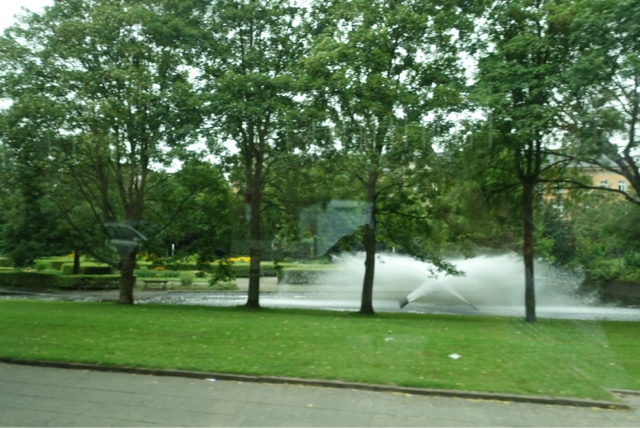 Elegant (and expensive) neighborhood
Back on the boat tonight we are missing our dining room attendants from the Mediterranean cruise -- Heru and Eko. Not that the people we have now are bad but they just aren't quite the same. Managed to avoid eating bread and having appetizers for second night in a row! Only twenty seven more nights (and thirty pounds) to go! 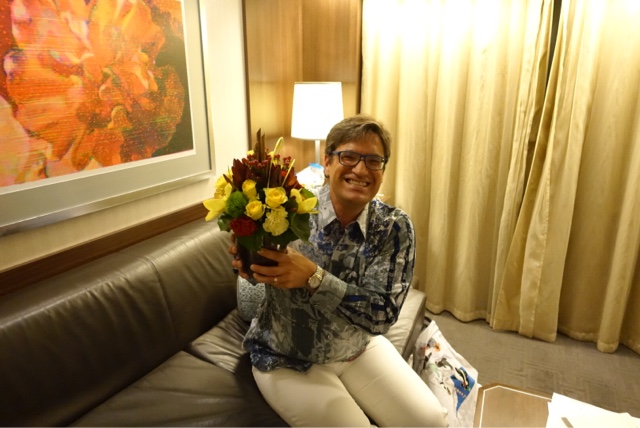 R got me flowers -- isn't that nice?  Pay no attention to the fact that those pants look pretty tight!
Posted by Russell at 3:01 PM