Nice quiet day today, cruising the coast of Iceland. We are headed around the island, counter-clockwise and will enter the Arctic Circle (briefly). The weather is as you might have guessed cool (low fifties) and foggy. Good needlepoint weather. Also, good weather to attend a couple of lectures offered by the ship on upcoming destinations. 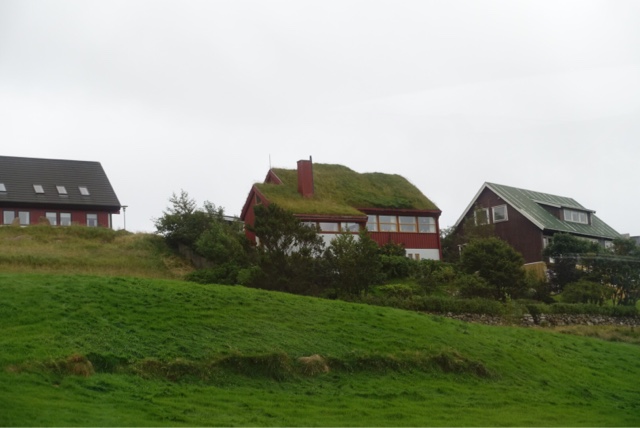 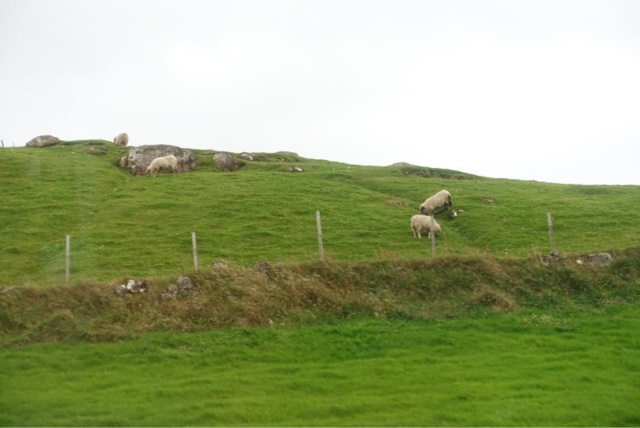 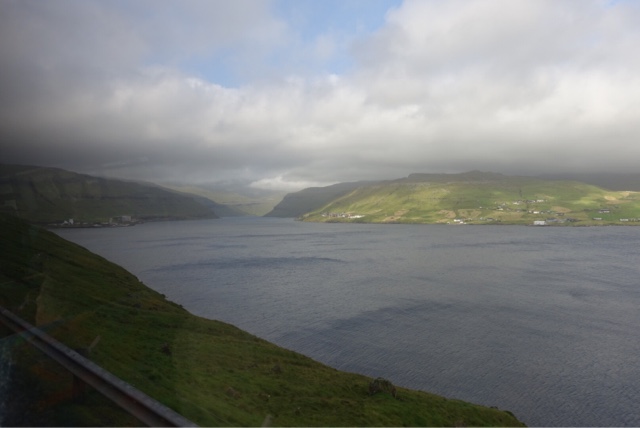 On the way to Vagar Island 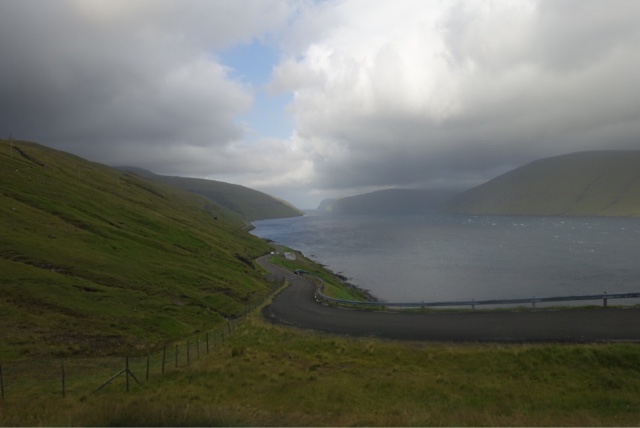 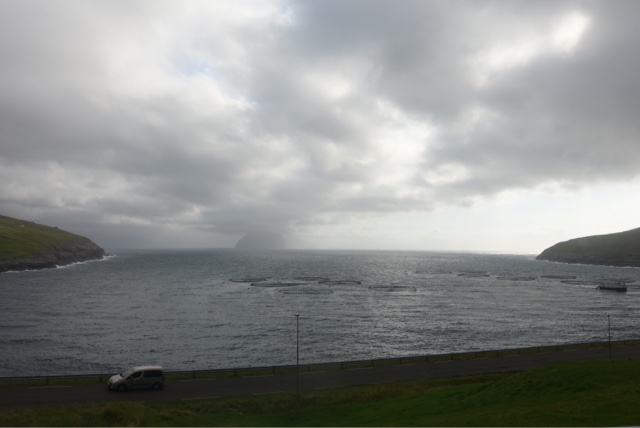 Rings in water are a salmon fishery -- big business here
We had a late morning bus trip that took us from the capital city, Torshavn, to the island of Vagar. There wasn't a whole lot to see on Vagar aside from a couple of small communities but it was great to get away from the port area and explore the country a bit. Never could figure out whether Faroe Islands are their own country or whether they are a protectorate of Denmark (or both). 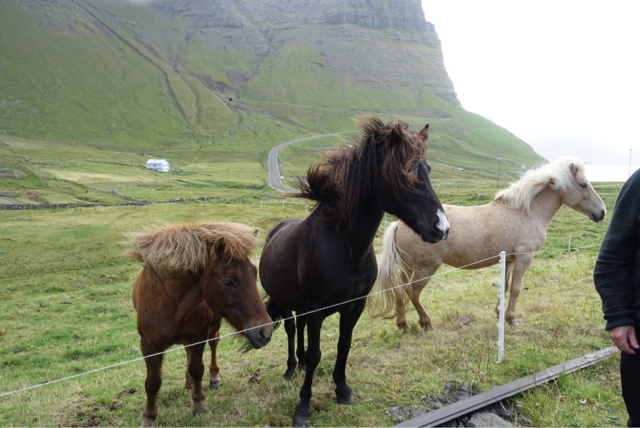 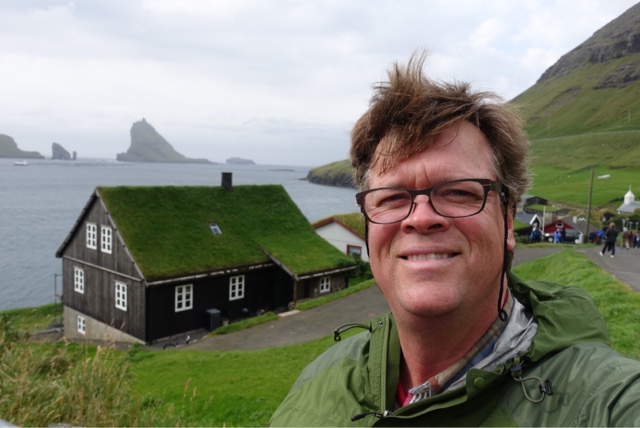 Poor R has to take pictures of himself because I don't stop when he does!
I'll let the pictures do most of the talking as I haven't anything too insightful to say. I will say that despite what you see in the photos yesterday's weather was a fine summer day according to our local guide. Russell asked me, "Can you imagine living in a place where it rains 285 days a year and where the temperature doesn't often go below 40 or above sixty?" My answer -- "Absolutely not!" It certainly is an odd prescription for happiness but if that sounds like Nirvana to you then check out the Faroe Islands. I warn you though houses are not cheap. I think our guide said the average house price was around three hundred thousand dollars for 2000 sq ft. 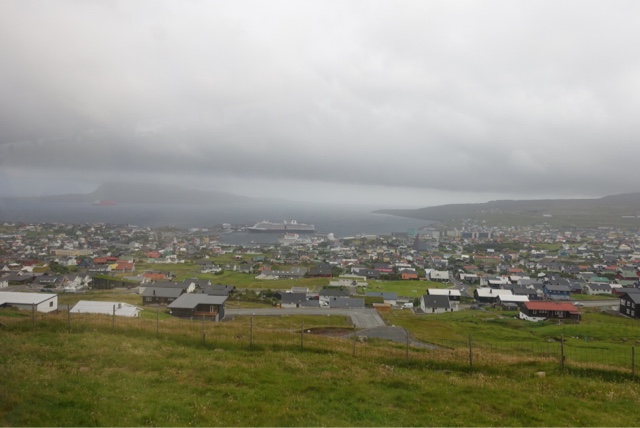 Our boat is in middle ground 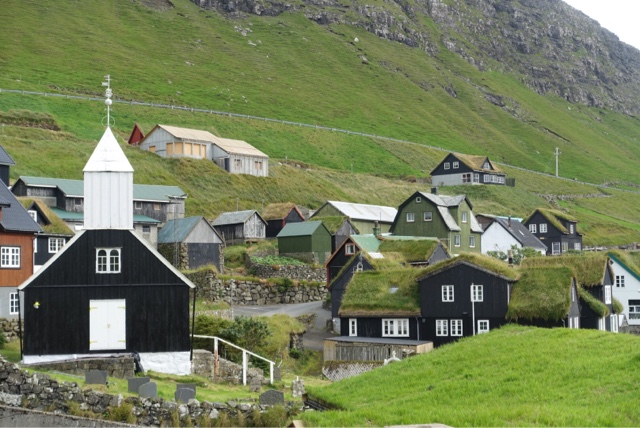 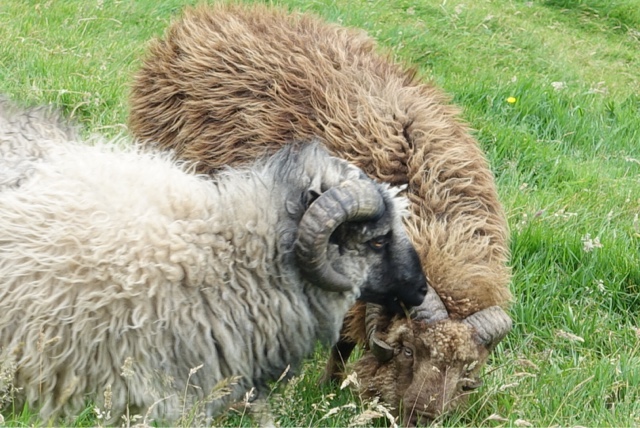 Probably more of these than people though they didn't say that
Oh, and one other thing. Apparently the cruise company won't be stopping in the Faroe Islands next year. Apparently the locals are committed to hunting Wright(sp?)Whales (anywhere from 300 to one thousand per year). They say that the hunt is part of their heritage but it's attracting protests and the cruise company wants none of that. Too bad because it's an interesting place and I sincerely doubt the whale meat is needed for survival any longer. 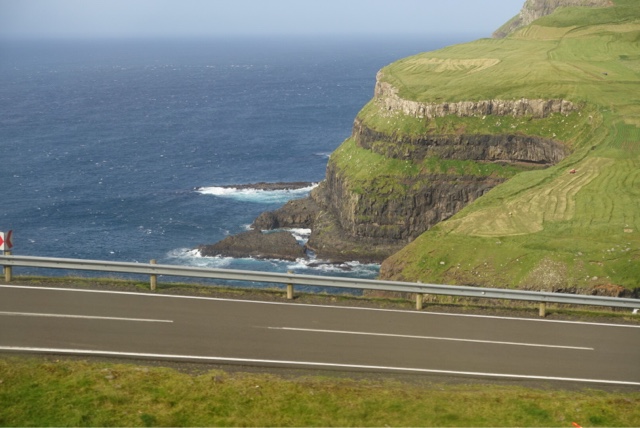 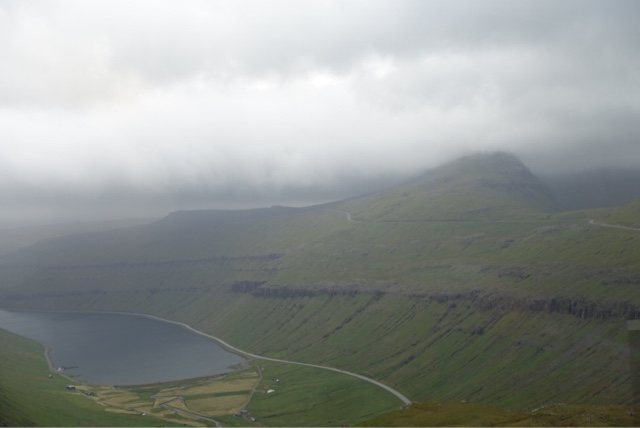