Sitting here by some ludicrous plot of "real" grass which is supposed to be the "Lawn Club" but looks more like a waste of space to me. 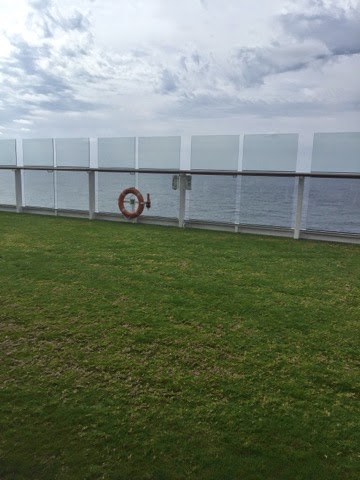 Still it's a pleasant spot. Not too crowded, some breeze, some sun. Doing a little post-breakfast needlepoint with R. It's our anniversary today -- 29 years! Hurray for us. 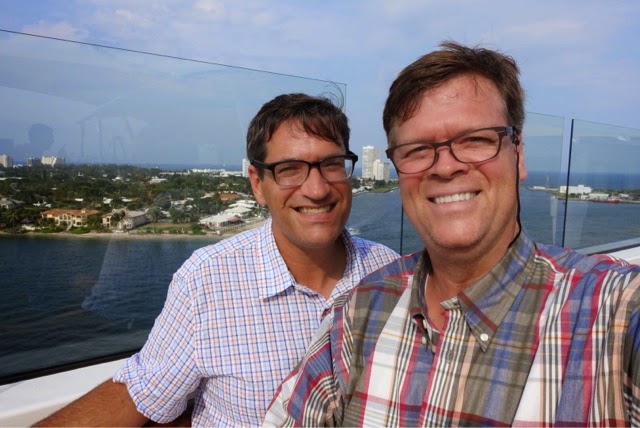 So far the seas are calm and there has been light to non-existent rocking motion. Temperature is mild -- lower seventies-- breeze is pleasant and sky is partly sunny. All in all a most satisfactory day weather-wise. 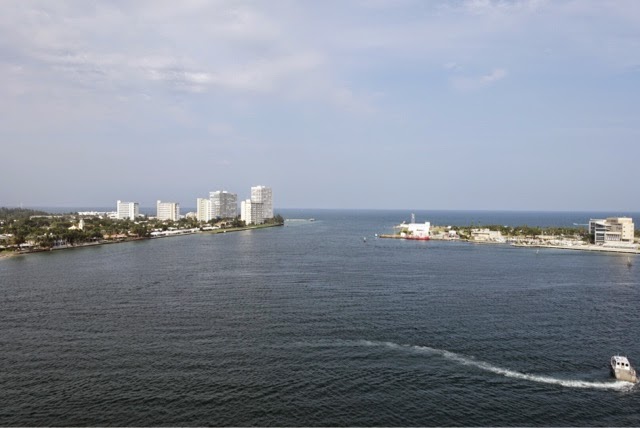 Heading out to the Atlantic
We were passed this morning by another big cruise ship (a Norwegian Cruise Line boat). Not sure why I mention this only it somehow seemed significant and certainly it was surprising given the fact that we are far off shore and our boat was bigger than theirs. 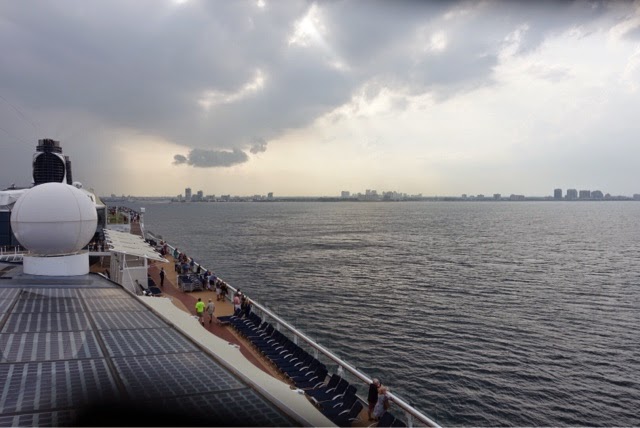 Looking back toward Ft. Lauderdale
We boarded the ship yesterday around noontime. The boarding process went relatively smoothly meaning Russell didn't "mix it up" with anyone else in line. So that was a good thing. The ship is quite large and in relatively good shape given that it's been in service for ten plus years I believe. It's the same class of ship that we took on our cruise through the Panama Canal and down to Chile. It has a beautiful central atrium with glass elevators and lots of public art throughout the vessel. 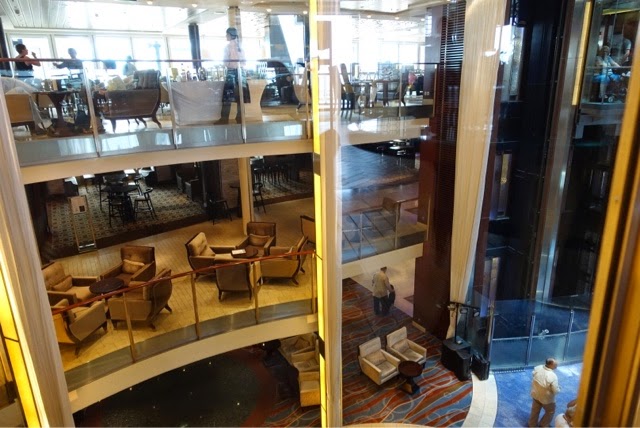 Of course there are the usual shops casino, and big theater but also a coffee shop and a two-story dining room. Our "stateroom" is quite spacious (for a ship) and includes plenty of storage for the ridiculous amount of clothing that we have brought with us and even room to hide the luggage in which it came. We have a balcony this trip (on our next two cruises we will have an inside cabin) so that is a bonus (we were able to open the door this morning and get some fresh air). 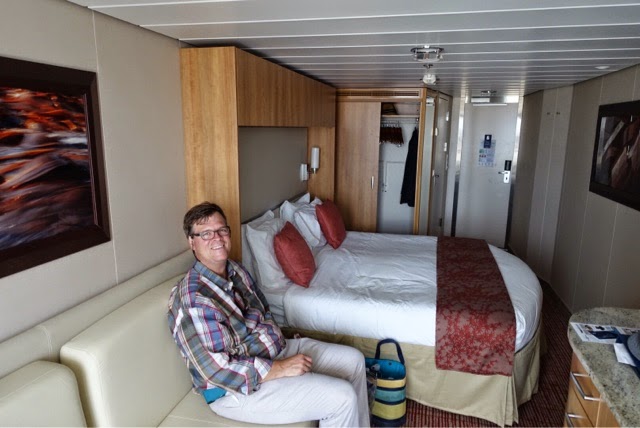 I have to say that I immediately realized during the check in process some of the things that I don't like about cruising on these big ships. The biggest problem of course are the lines and the subsequent air of constant competition (to be first in line for the clerk, the buffet, the elevator, the seat on the bus, the theater seat, etc.) I find it all to be quite demoralizing and energy sapping as I am constantly on edge and worrying about R "mixing it up" (there's that phrase again). I suppose if I as a more evolved person I wouldn't worry about such things because what R does is his business and has nothing to do with me but I am a people pleaser and I loathe confrontation of any type so it's hard. 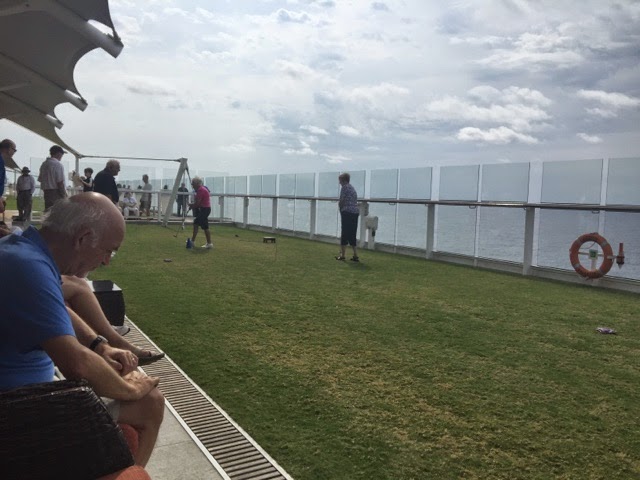 Golf competition under way
Just heard someone ask if this is where the "golf competition" is going to be held so it looks as if this patch of grass in front of me is meant to be a putting green -- only thing is that it seems to be missing any cups/holes! 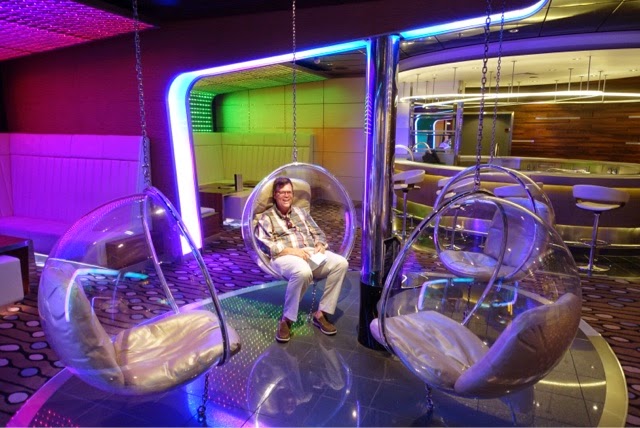 Russell in the Quasar Bar!
Well, I am going to get back to my needlepoint now. Plus we have to move. Perhaps I will write more later.
Posted by Russell at 7:04 AM