Today we visited Auckland, New Zealand. We woke up early enough to watch our approach to the city. We went by an incredibly (perhaps even completely?) automated cargo pier. It was abuzz with activity. Our dock was right downtown at the “Queen’s Wharf”. It is very convenient when a city has a cruise ship terminal located in the heart of the city. Passengers can then walk right off the ship and get started spending money. 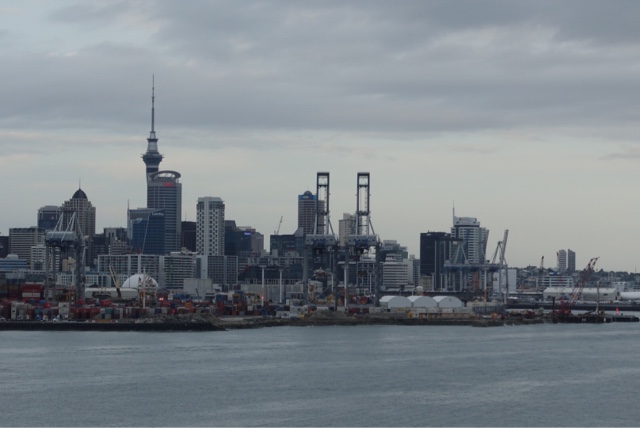 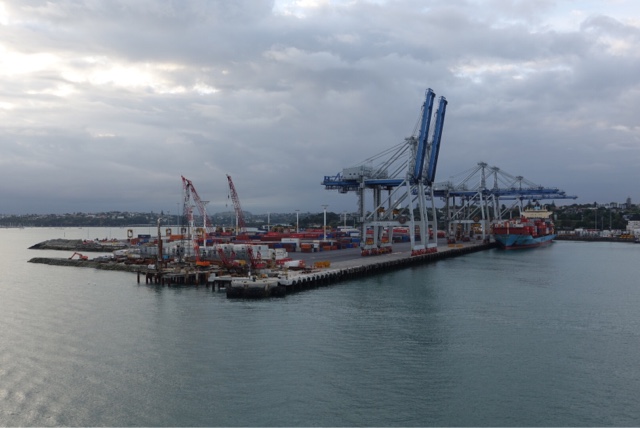 Cargo pier -- highly automated
We, however, had signed up for a tour so our wallets would have to remain in our pockets for a little while longer. Our tour was entitled “A Stroll Around Auckland” or something like that. I don’t remember the exact phrasing but I do remember that it had the word “stroll” in the title. The reason I bring this up is because the tour turned out to be rather different than what I had expected. I was thinking that we would walk around the downtown and perhaps a neighborhood or two, visiting a monument here, a church there and all the while observing the architecture, stores and street life. What we got instead was a bus ride to a city park. The park consisted of a steep hill and we were driven about a third of the way up the hill and then discharged to walk the rest of the way with our guides. But not before we sang (these Maori people sure do like to sing a lot). Anyhow, when we stopped about two thirds of the way up the hill, we discovered -- by looking into a massive crater -- that the hill we were climbing was actually a volcano (extinct, of course). Auckland is apparently a city of volcanoes. When we reached the top of the hill -- where we had a three hundred and sixty degree view of the city, the water and the surrounding area -- I was able to easily count something like eight or nine volcanoes while looking in just one direction. I was told the exact number of volcanoes in the Auckland area but don’t remember the specific number but I think it was something like forty-five (Google it if you need more exactitude). 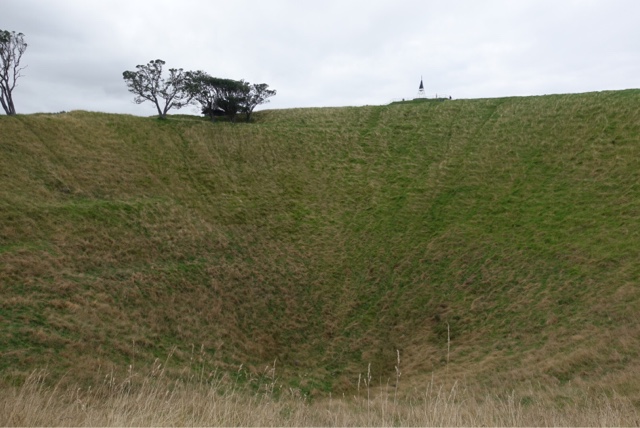 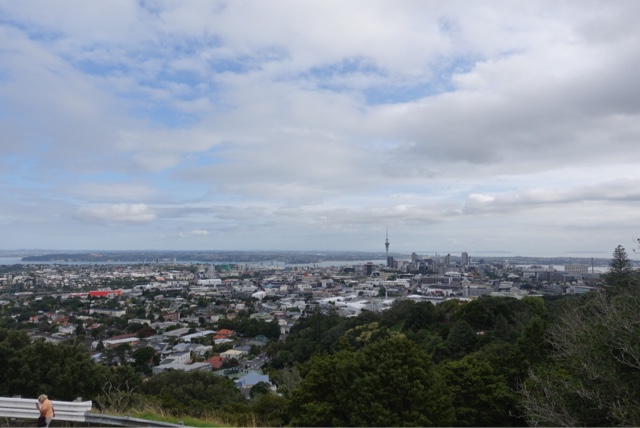 View from top of extinct volcano
The view from the top of the mountain of the city was quite impressive. Auckland is a large city with a central business district that includes a number of, well, let’s call them “medium-rise” buildings of largely forgettable design. There is, however, a Space Needle/CN Tower type building which, I believe, is the tallest structure and where you can walk around the observation floor (many stories up) on a Plexiglas (i.e., see-through) walkway suspended outside the actual building. No thanks. 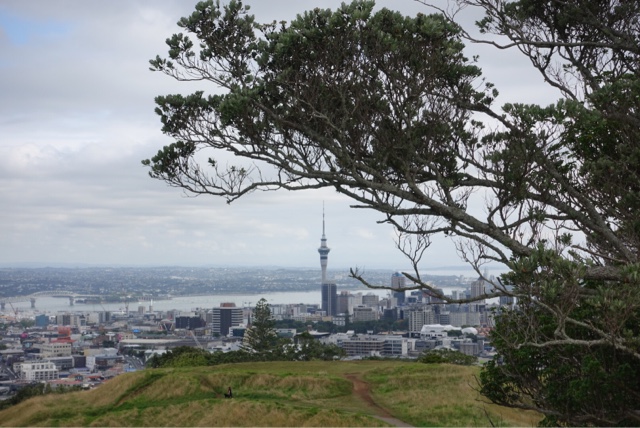 Space Needle/CN Tower type building is most notable building
From the top of the hill we visited you can also easily see the east and west coasts of the island which is why the hill was an important defensive location for the Maori. Speaking of the Maori, I can say, albeit from my extremely limited contact with them, that I imagine there are not a lot of type-A personalities amongst them. They seem to take their time and speak and move leisurely. I say this because we spent a lot more time on the top of this hill than we needed to but it was fine, I didn’t mind too much though I heard some grumbling from others in the group. 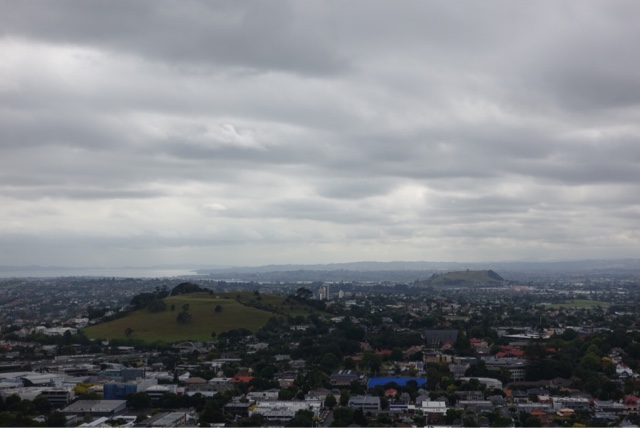 Note: two hills = two extinct volcanoes
Back at the bottom of the hill, we re-boarded the bus for a short drive to the city gardens. This was a nice surprise consisting of one long perennial border, one lily pond, a tropical greenhouse, a “cold” greenhouse and a fernery. We spent about an hour here observing the flora and I even saw a couple of plants that I do not believe I have seen before which for me is somewhat unusual. 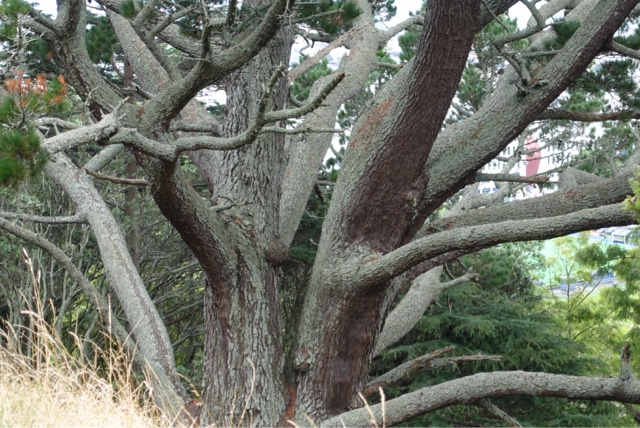 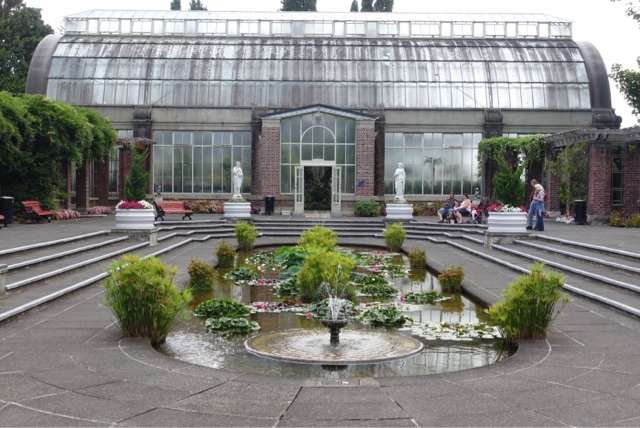 City garden, looking toward lily pond and Tropical House
After enjoying the flowers and foliage we walked across the street to a café where we were served some yummy food and coffee. This too was a pleasant surprise as the food and the service were both much better than they had to be/usually are in this type of situation. 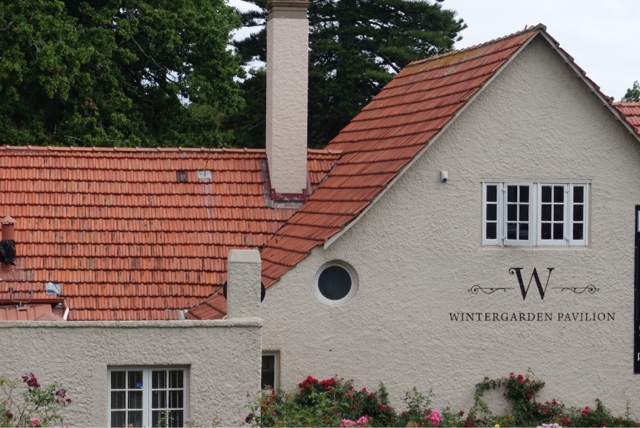 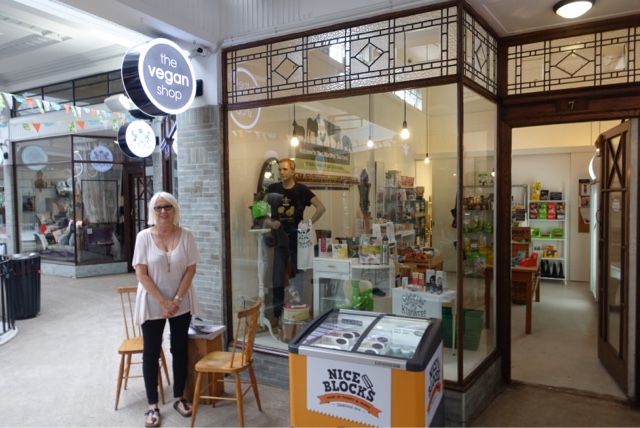 Vegan Shop and proprietor -- so happy to find
We arrived back at the ship around 12:30 but immediately went out again, this time on our own. Russell wanted to find some vegan supplies and I was interested in clothes shopping. We were able to find raw cashews at an Asian grocery store and then took a brief taxi ride to find the “Cruelty-Free Store”. We had a tough time finding the store, only stumbling upon it by chance as it is in a new location and under a different name (“The Vegan Store”). We were able to buy some stuff and stopped at several more stores on our way down Queen Street to return to the ship. I scored some handsome clothes but I won’t tell you from where they came because I am afraid that you’ll think much less of me due to my infatuation with over-priced, brand label merchandise. Let’s just say I was a happy camper. 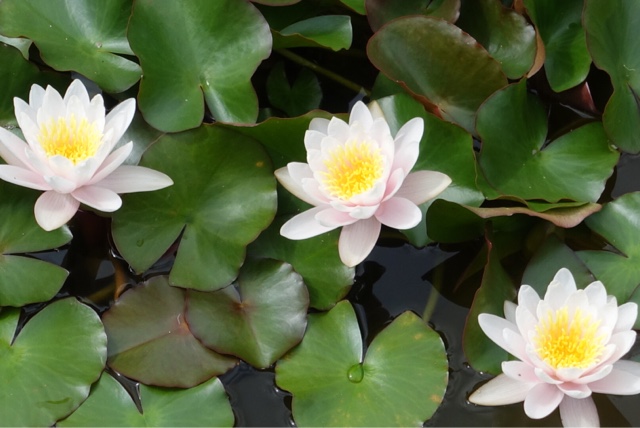 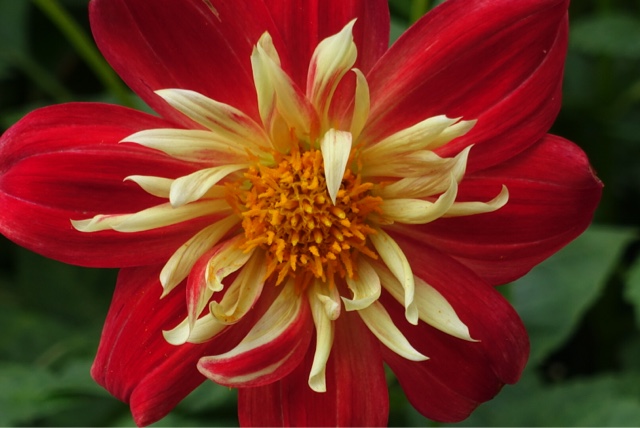 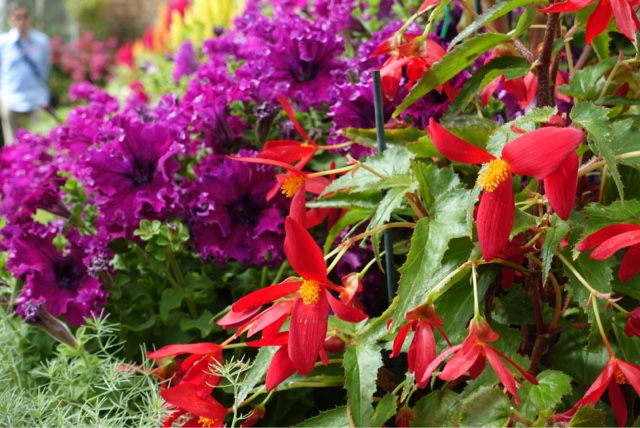 Nice flower pics Russell
Back on board we both took it easy before leaving Auckland around five o’clock. At dinner tonight (where I was able to wear my new Prada shirt and Zegna pants – ooops, did I say that?) we had a terrific view of the New Zealand coast as we enjoyed mushroom soup and vegetable curry. All in all, a most enjoyable day. 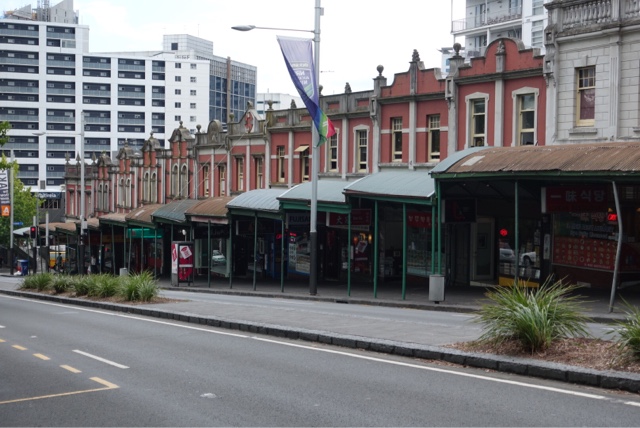 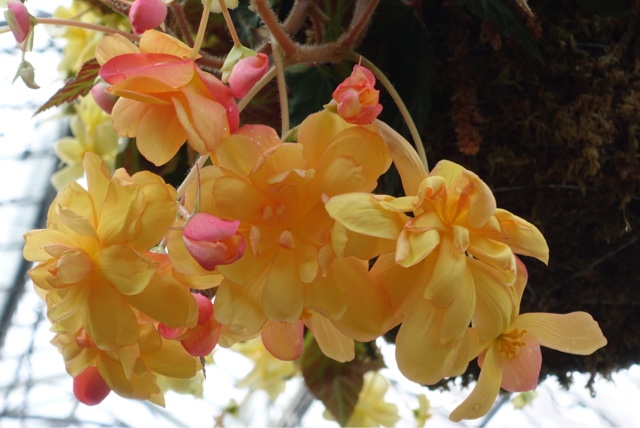 Begonias
Posted by Russell and Stephen at 1:55 AM